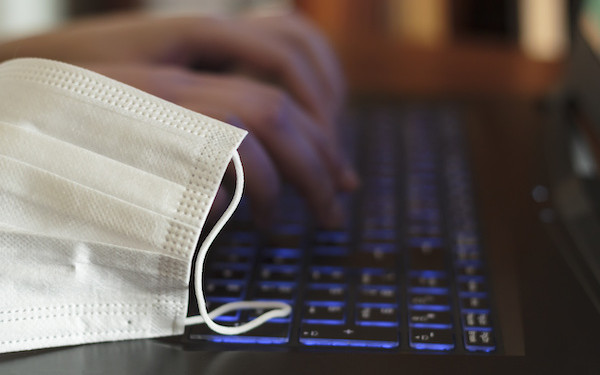 Partnership working between agencies working to safeguard children has developed an “unprecedented” focus on solving problems during the coronavirus outbreak, a study has found.

The research, based on in-depth interviews with senior figures at 15 local authorities, revealed that the “intensity and pace” of working under pandemic conditions had accelerated the development of working relationships between agencies.

“The sentiment was reflected in all discussions,” the study report said, adding that there was a general hope that the “benefits, improvements and personal relationships would be retained”.

The finding echoed comments in a discussion paper published today by the Association of Directors of Children’s Services, which noted that a sense of common purpose, aided by a switch to virtual meetings, had “galvanised” multi-agency working.

Both reports noted particular improvements between children’s services and colleagues working in health and education, as children at risk became far less visible due to school closures. This included health professionals joining meetings that they would not usually attend, and offering advice on issues such as personal protective equipment (PPE).

“Suddenly, schools were faced with a lot of responsibly very quickly [around the wellbeing of ‘vulnerable’ children],” said Mary Baginsky, an academic at King’s College London who co-authored the study with colleague Jill Manthorpe.

Baginsky said she had already seen an “enormous shift” for the better in terms of relations between schools and children’s social care prior to the pandemic – which “sheer necessity intensified”.

She said that while GPs and paediatricians had found it challenging to attend child protection conferences face-to-face, because parking difficulties meant they lost half a day’s work for an hour’s meeting, there was greater attendance now with meetings being held virtually.

But changes to working practices were not universally beneficial, researchers found.

As also identified by Community Care’s recent survey of around 500 practitioners, working from home has been a mixed blessing for social workers, with some finding it added to stress levels.

Early-career social workers were likely to find things particularly tough, interviewees told researachers, in part due to their reliance on easily accessible practice wisdom from experienced colleagues during normal times.

Recently qualified social workers were also less likely than older, higher-earning workmates to have a quiet, private home-office space from which to work.

“Poor home working space could affect any social worker, but there were many examples of how social workers in this group were working in small bedrooms or on kitchen tables and struggling to maintain confidentiality in multi-occupancy homes,” the report said.

Across the workforce, meanwhile, supervisions had become shorter and more focused on case management, and the “softer” elements of performance management – such as practice observation or joint visiting – had been largely curtailed.

The study made a number of other key findings, many of which added weight to the conclusions of other recent pieces of research, including:

Responding to the study findings, Claudia Megele, the chair of the Principal Children and Families Social Worker Network, said that while many safeguarding partnerships historically had good joined-up working, the shared experience of lockdown and Covid-19 had “further strengthened mutual support and collaboration” both within and between services.

“Many teams and services have daily briefings and regular reflective sessions and weekly ‘virtual tea and biscuits’ sessions, while many safeguarding partnerships have held more frequent operational meetings with representatives from each partner agency to discuss any issues or challenges,” she said.

“Also, virtual meetings have facilitated participation and have saved commuting time; particularly for larger local authorities. Many partnerships and services would like to preserve some of the collaborative solutions they have used during the lockdown including virtual meetings and video participation – but these should be re-evaluated based on the nature and purpose of the meeting and the participants’ and stakeholders’ feedback.”

Megele added that the pandemic had “without doubt” accelerated changes and learning that otherwise would have taken years, as lockdown “catapulted services onto the digital and online platforms”.

“This has highlighted both the power and benefits of digital practice and online connection as well as its limitations and potential challenges; while some young people and families have found it easier to connect and engage with their social workers, others have found it easier to disconnect and disengage,” Megele said. “If there is one thing positive that comes from the experience of the lockdown and the pandemic, it is the creativity in practice and the learning around relationship-based practice and positive collaboration.”

Megele agreed that the transformation of homes into an extension of the workplace had been difficult for many practitioners and their families, and remained a challenge for many.

“Also, the questions of level of support for practitioners and effective supervision are very important and should be routine, but they can vary depending on culture and how work is organised within the local authority,” she said. “For example, some LAs have 10 people per team including the manager while others have 30 or 40.

“Also, I know that the idea of social workers sitting together is challenged by hotdesking and increasing remote working,” Megele added. “Research and practice experience highlight the value of co-location of practitioners and services, and we need to balance the need for efficiency with the quality of care for our practitioners as well as service users.”