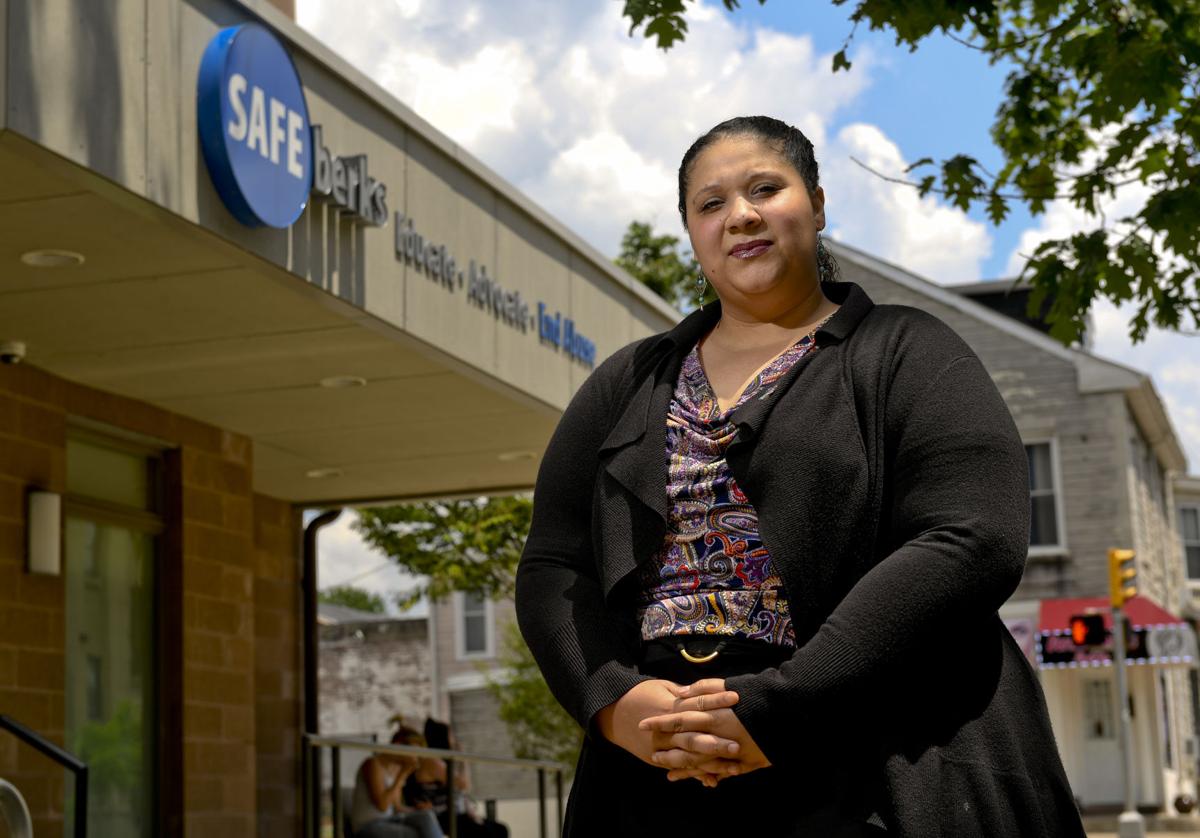 Lack of child abuse reports amid coronavirus crisis worries experts
Coronavirus restrictions limit chances to notice abuse
Email
1 of 2
Danielle Palermo, director of counseling at Safe Berks, says the public needs to be on the lookout for child abuse because kids have less contact during the coronavirus pandemic with those mandated to report abuse.
poses for a photo in front of the Safe Berks Building on Chestnut Street in Reading Monday afternoon June 22, 2020.
Nancy McCullar, executive director of CASA of Berks County, says the organization is preparing for an increase in child abuse complaints as the county emerges from the coronavirus shutdown.
COURTESY OF KRIS KELLY PHOTOGRAPHY
Reports of child abuse across Pennsylvania have been way down the past few months.
That isn't a good thing.
State Department of Human Services Secretary Teresa Miller this month warned that the lack of reports likely doesn't mean that abuse isn't happening, but that it's simply not being discovered.
- Advertisement -
The problem, Miller said, is that the coronavirus crisis has left many kids stuck at home, away from the watchful eyes of mandated child abuse reporters such as teachers.
In the weeks after aggressive social-distancing measures were put in place across the state, including the shuttering of schools, there was a 50% decrease in the average daily calls to the state's ChildLine child abuse reporting hotline, according to the  Department of Human Services . Between May 1 and May 28, calls to ChildLine were down about 40% from the previous year.
"This decrease in calls is most likely an unfortunate side effect of school closures and limited interactions between children, their teachers and other mandated reporters in school settings," a statement from the department said. "Of the 39,040 reports made by mandated reporters to ChildLine in 2018, for example, more than a third were reported by school employees."
Miller urged Pennsylvanians to be vigilant, keeping an eye out for potential victims of abuse.
"While Pennsylvania begins to reopen and some of our lives get back to something close to normal, I want to remind my fellow residents that there are many people — particularly among vulnerable populations — who will continue to feel the effects of this public health crisis for many months and years to come," she said. "And some are still in the shadows. We all have a role to play to keep children safe. If you suspect a child is being abused or neglected, please call ChildLine to make a report."
Miller said it is common to see a decrease in child abuse reports when school isn't in session, but that doesn't mean abuse stops.
"Calls to ChildLine normally drop during the summer months when schools are closed, but this should only reinforce our efforts to be vigilant about our responsibility to protect all children," she said. "Each and every one of us can play a role in protecting children from abuse or neglect. Making the call to ChildLine allows trained child welfare professionals and, if necessary, law enforcement to follow up, collect information and determine if assistive services or other intervention is necessary."
Nancy McCullar, executive director of CASA of Berks County , which provides court-appointed special advocates for abused and neglected children, said the lack of abuse reports has been felt in Berks.
"We are experiencing it at our end with a significant drop in new cases coming into dependency court the past few months," she said. "The majority of reports to the hotline come from teachers, day care and after-school staff, church personnel and medical staff — all people who are mandated reporters and the ones most likely to interact with children outside the home.
"We can only speculate that if reports have dropped it doesn't mean that children are in less danger, it means that no one has eyes on the children who are most at risk for abuse and neglect."
McCullar said CASA is preparing for a big increase in child abuse complaints as the county continues to open up from the COVID-19 shutdown and kids are in more contact with mandated reporters.
Danielle Palermo, director of counseling at Safe Berks , said it's important for the public to pick up the slack in the absence of contact with mandated reporters. She offered some advice on what to look for.
"People don't know what it looks like, what domestic violence and sexual assault look like," she said. "There are some things we see often."
Palermo said children who are being abused frequently are withdrawn and isolated, and their behavior might change so that they appear more anxious, angry or aggressive. Many times they also have declines in personal hygiene.
"That's actually their way to keep their abuser away from them, or attempt to," she said.
Abused children may run away from home, have knowledge of sex at an early age, experience nightmares or have unexplained bruising.
"If you're asking them how they got bruises and it's not making sense to you it's always good to err on the side of caution," Palermo said.
Other indicators of possible abuse are eating disorders and self-harming.
"Anything they can control they're going to be doing that," Palermo said. "There's a lot of things outside of their control."
Palermo said that if someone has any indication abuse might be taking place they should trust their gut and call ChildLine.
"There're no harm in reporting when you feel that there's something wrong," she said. "You're protecting the children."