Becoming a father with the help of a community 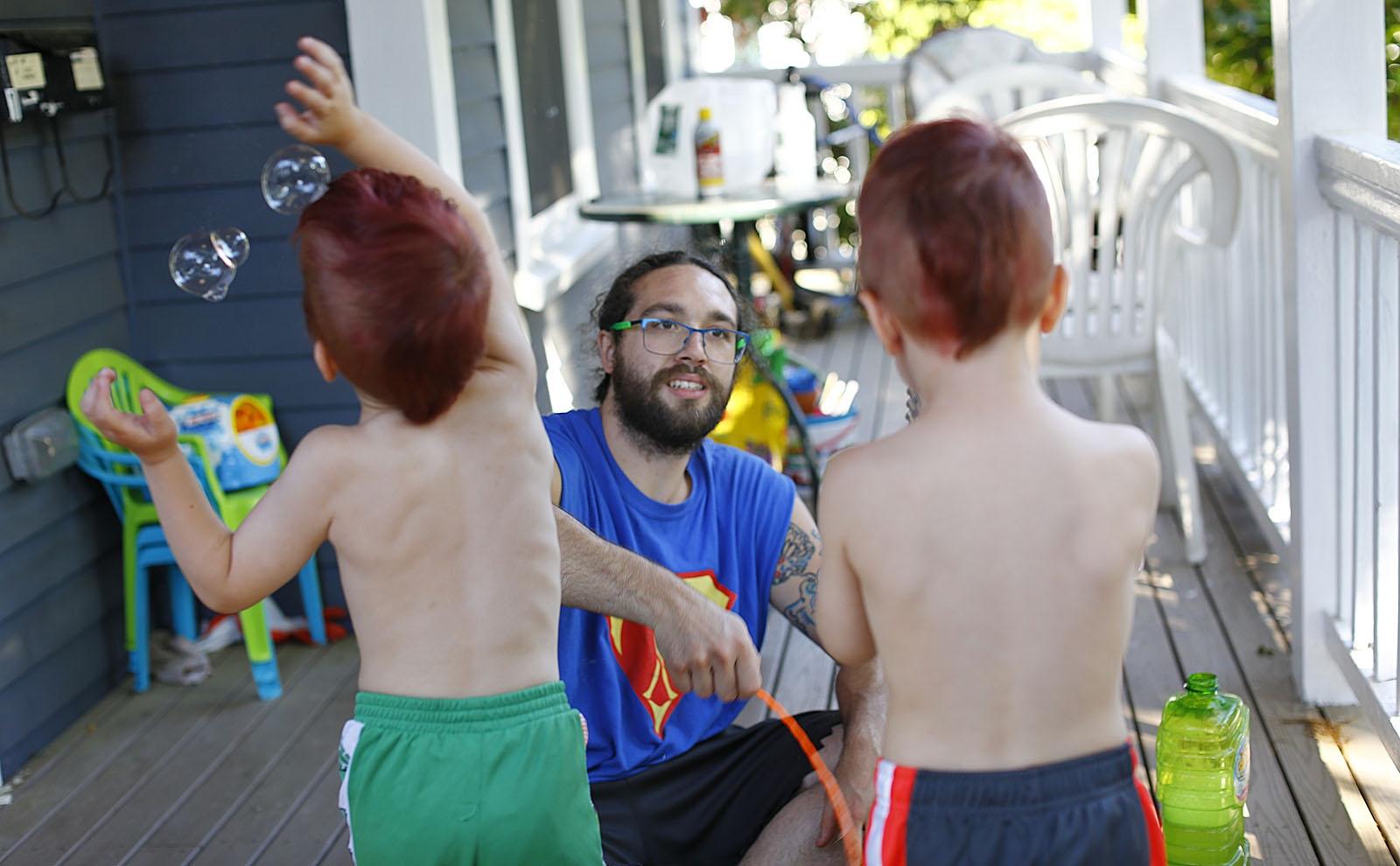 Quincy father Kenny Coy has gone from a scared 21-year-old to the confident father of twin boys.

QUINCY — When he saw the ultrasound in 2015 showing twins, Quincy father Kenny Coy said it was a scary moment. At 21 years old, he didn't know much of anything about being a father.

Months later, on June 20, 2016, Coy held his newborn sons Niklaus and Casper for the first time. And in that moment, he said his fear turned to bliss.

"It was an extremely happy moment. . . Almost all the emotions mixing at once. Little weird aliens is what they looked like," he said, laughing.

Four years later, Coy has his own place — a stable home in Quincy — after roaming from place to place with the boys' mother and even couch-hopping in the months leading up to and following the birth of their sons.  He's raising the boys in tandem with their mom, and says he's grown and learned over the years. In part, he attributes his accomplishments a dad to South Shore Health and Healthy Families, a program through the Charitable Trust of Massachusetts that coaches first-time, at-risk parents.

The trust is a non-profit with the mission of preventing child abuse through various programs for children and families. According to a study from Tufts University, parents who participate in the program show reduced use of corporal punishment, lower incidence of risky behaviors, increased education, lower stress, and overall better health outcomes for themselves and their babies.

Want news like this sent straight to your inbox? Head over to PatriotLedger.com to sign up for alerts and make sure you never miss a thing. You pick the news you want, we deliver.

"I already had a small understanding of Healthy Families before the boys were born," Coy said. "When the mother was pregnant, Healthy Families came to help in the beginning, but we weren’t able to consistently get their help because of moving around all the time. . . It's difficult to ask for help when we didn’t have stable place to stay."

When he started the program consistently as a single father, Coy took part in weekly home visits, which have continued virtually since the pandemic began. In addition, he attended meetings that covered topics like changing diapers and feeding babies. It was during the group engagements that he was also able to socialize and learn from other new parents.

The father says his biggest challenges to overcome were mental and financial.

"We were living paycheck to paycheck, it was very stressful trying to figure all that out. . . Finding a job that paid enough for me to pay rent and take care of myself, the children and the mother of my children," he said. "I was getting depressed, not getting to work on time. . . But anytime I got home and saw the boys, they made my day."

Beyond the financial assistance, such as connecting Coy with local organizations for baby supplies and Christmas gifts, he said the program has helped him feel stronger and more confident in himself and his role as a father.

Through Healthy Families, Coy was able to learn how to cope with stress and how to soothe both the babies and himself.

"We’re not in this alone. Even if you're a single parent, there’s plenty of people out there willing and able to help and so many who understand," he said. "If you can get into one of these groups and talk to anyone and open up a little bit, it helps you with all the weight you’re holding. You can let that all go."

After three years in the program, Coy graduated, but he has continued to volunteer and help other parents get acclimated to the program and learn how to open up with each other, just as he did.

Before the pandemic, he helped lead group meetings and created group activities to break the ice among new parents. The organization hopes Coy will resume this mentor role once things return to normal, said a spokesperson, and Coy feels the same.

"The people there are fantastic. Healthy Families is literally willing to go out of their way no matter what to help you get what you need," he said.

The boys' mother has primary custody, said Coy, but he has the boys every Thursday and on alternating weekends. This Father's Day, he'll spend a few hours with them.

"I'm still fighting to see them more and more. . . It’s sad for a father who wants to be there for his children," he said. "We might go to park and play, or build a Lego castle. Just spend time and enjoy each other because anytime I see them is special."

Anastasia E. Lennon can be reached at alennon@patriotledger.com.