How do I care for my children during a new coronavirus outbreak? 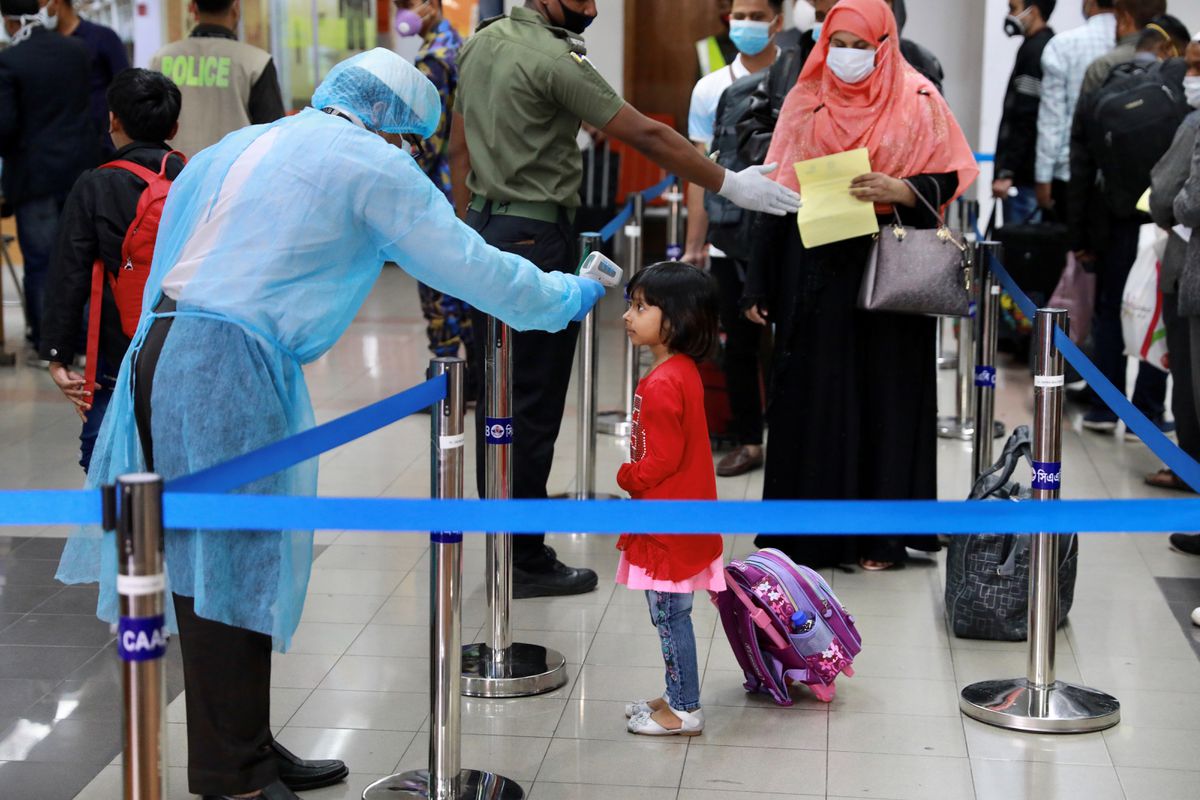 Children seem to be at lower risk of the new coronavirus than adults. When they do get sick, they’ve generally experienced mild, cold-like symptoms, according to public health officials. But while there appears to be fewer cases and less severe illness among children so far, experts do not yet know why.

In the meantime, here’s what you can do to protect your children and take care of them during an outbreak:

Why are children at lower risk?

Scientists are still trying to understand why children seem relatively spared from the new coronavirus. Data from the Chinese Center for Disease Control and Prevention show children under 10 years old accounted for less than 1 per cent of the 44,672 confirmed cases in that country, as of Feb. 11. And of the 1,023 deaths reported up to that point, none were among children in that age category. There was one death among 10-19-year-olds, bringing the fatality rate for that age group to 0.2 per cent. Meanwhile, the overall fatality rate was 2.3 per cent.

Part of the reason may be that older individuals are more likely to have health issues, such as lung disease and diabetes, which make them less able to cope when infected, suggests pediatric infectious disease expert Anna Banerji.

Another potential reason may have to do with the fact that children’s immune responses are different, says Dr. Banerji, an associate professor at the University of Toronto’s faculty of medicine.

“In general, adults have different immune systems and different exposure [to pathogens],” she says, explaining that older adults’ immune systems may be overreacting to the new coronavirus, leading to more symptoms.

What should I do if my child has a weakened immune system or a medical condition?

Adults 65 and older, those who have compromised immune systems, and those with an underlying medical condition are at greater risk of severe illness from the new virus, the Public Health Agency of Canada says.

While more information is needed, the new coronavirus seems to affect older people with health issues more than children with health issues, Dr. Banerji says. Regardless, for anyone at high risk, it’s best to take extra precautions, such as avoiding large groups of people.

“For an immunocompromised child, maybe taking [public transit] is not the best thing at this point in time,” she says.

Is it safe to send my children to school and daycare?

The Public Health Agency of Canada says the general public’s risk of becoming ill from the new coronavirus remains low at this time, and it has not advised parents to keep healthy children at home. At present, it is also not recommending school closures to prevent the spread of the virus.

In its guide for schools and daycares, the Public Health Agency of Canada is recommending the standard precautions it provides every year for the cold and flu season. This includes encouraging students and staff who are ill with fever or symptoms of respiratory infection to stay home, having students and staff practice hand hygiene and respiratory etiquette (such as covering mouths and noses when sneezing), and regularly cleaning and disinfecting objects and surfaces.

How do I get my children to stop picking their noses?

Often, children do things such as pick their nose, put their hands in their mouths and touch their face when they’re bored, focusing or looking for comfort, says Toronto child development and parenting expert Caron Irwin, founder of Roo Parenting.

She recommends giving them an alternative way to keep their hands busy when these moments arise. For example, after noticing her 7-year-old tends to pick his nose while watching shows, she now gives him a basket with a handful of washable fidget toys, such as Rubik’s cubes and balls.

Talk to your children about the importance of good hygiene, she says. She explains to young children that hand-washing is like putting on armour to protect them from germs.

It’s also important to empower your children, Ms. Irwin says. Have older ones make a sign to remind themselves to wash their hands when they enter the house, instead of constantly telling them to do so, she suggests. For toddlers and preschoolers, offer two types of soap at the sink.

“They don’t have a choice whether they wash their hands, but [they can choose] how they do it,” she says.

Avoid making germs scary by making it a game to practice good hygiene, she says. For instance, challenge them to push elevator buttons without their hands.

“We want them to still be able to live and feel safe and comfortable,” she says.

How do I keep my children occupied while stuck at home for two weeks?

Since those needing to self-isolate are instructed to do so for 14 days, that can mean two weeks at home with your children.

Tempting though it may be to use YouTube as a babysitter, try to limit their use of digital screens, says parenting expert Beverley Cathcart-Ross, founding director of Parenting Network. Hours of screen time can make children cranky and less co-operative, she says. Plus, you don’t want to set a precedent for when your self-isolation is over.

There are plenty of activities that can keep young children occupied while you lie on the couch or watch nearby, as long as you don’t mind a little mess. Ms. Cathcart-Ross suggests having them build forts with cushions and blankets, allowing them to play dress-up with your wardrobe, having dance parties, or filling up a sink with sudsy water and letting them wash their toys.

A favourite of hers is to play “baby,” where you lie get down and the children take charge.

Make sure you incorporate some quiet time every day (it’s okay for children to be bored), as well as time for physical activity, when they can “get their willies out,” she says. She suggests yoga, dancing, sit-ups and push-ups, or simply climbing up and down the stairs.

“It sounds daunting to many parents, but it doesn’t have to be so onerous. It might even be a nice break from the fast-paced life most families have ... even though it isn’t under the best circumstances,” she says.

Our Morning Update and Evening Update newsletters are written by Globe editors, giving you a concise summary of the day’s most important headlines. Sign up today.