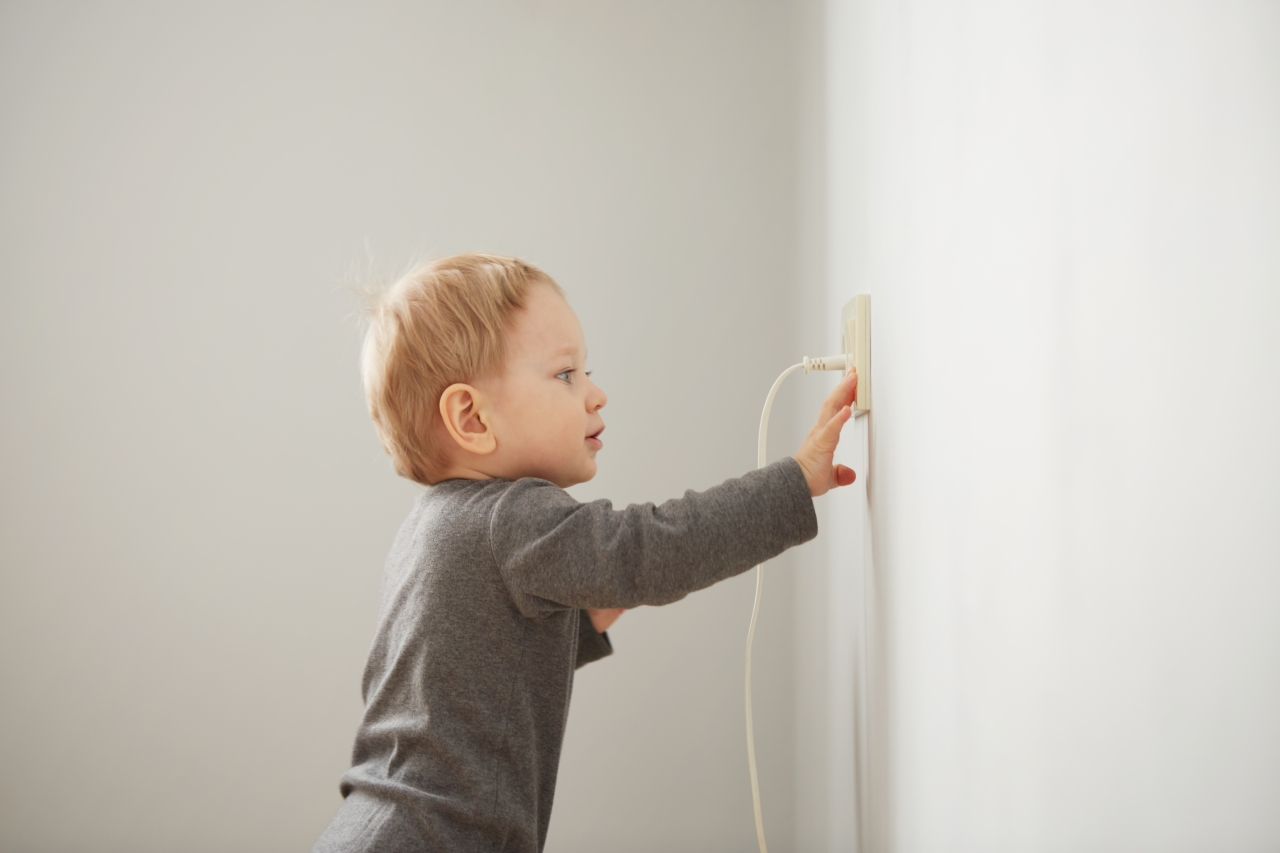 In the run-up to the midterms and in the early hours after, the Deseret News asked experts what the election results could mean for the future of family policies that have in the past two years been promoted by the president, debated in Congress and touted or derided by others.

While it’s still unclear what the final count will be in terms of partisan control of Congress, it’s likely that the approach to some key family policies could change. We asked for ideas across political and other aisles on which policy priorities could rise to the top and what might be left behind.

Experts shared concerns that family policy issues might be neglected as the government moves into 2023. We also found some sharp divisions on which policies should be considered the most important in the coming year.

Across ideologies, experts agree that some policy priorities have taken a back seat to the challenges of everyday life posed by inflation, as a significant share of Americans struggles with the rising cost of food, housing and gasoline. Inflation has been hammering households and the cost of raising a family was on the minds of more than 4 in 10 adults back in July when YouGov fielded the eighth rendition of the nationally representative American Family Survey for the Deseret News and Brigham Young University’s Center for the Study of Elections and Democracy. Given a list of 12 challenges families are coping with, the high cost of family life tied for first place.

Inflation and financial burdens on families are what Greg Nasif, spokesman for Humanity Forward, sees as a meeting place for partisan concerns as Americans approached the polls.

“Kitchen table economics are driving massive turnout across the country,” he said on Election Day. “Family policy is both the Republican Party’s central theme, and also the most unfinished part of President Biden and the Democrats’ agenda, so there’s a lot of pressure to get something done. We at Humanity Forward have done the legwork to make sure it’s on the agenda for however these elections come together. We’ll work with any majority to serve our clients — the American people.”

Nasif said that the makeup of Congress in the coming year will have more influence on what family policy looks like than it will on whether policy changes are made.

“There is a lot on the plate for the lame-duck session of Congress, and either way, family policy will be competing with a number of other priorities and must-pass bills. I expect some posturing and high-profile fights over aspects of the policy that actually affect very few people, but in the end, members of both parties (will) agree on the need to improve the child tax credit, find common ground on paid leave, and make parenting a little easier in the United States. My one election prediction: We’ll get there,” Nasif said.

Others believe Republican and Democrat lawmakers will only move family policy from the idea stage to action if they can set aside partisan squabbles, especially given the likelihood now that Democrats will control the Senate and Republicans the House.

“A divided Congress, which is what looks to be the outcome of the election, is probably going to result in legislative gridlock,” said Daniel L. Carlson, an associate professor of family and consumer studies at the University of Utah and deputy editor of the Journal of Marriage and Family. “Little if any policy will be passed in the next two years.”

He deems that unfortunate, “since work-family supports like paid leave and child care subsidies are wildly popular and both parties have drafted legislation to enact such policies. The issue, in my mind, is that the two parties have very different visions on how to enact these supports.”

He points to Utah Republican Sen. Mitt Romney’s proposal to increase the child tax credit, while significantly cutting the Temporary Aid to Needy Families program. “Conversely, the president’s Build Back Better plan would increase the child tax credit, making it fully refundable without cuts to other family supports. Though it seems like there could be a way for the parties to compromise, there is little incentive to do so in that passing legislation may give the other side ‘a win.’”

Carlson’s prediction is “two more years with no substantial progress toward supporting families.”

Brookings Institution scholar Isabel Sawhill is also not convinced family policy will be a doable priority.

“I am pessimistic that there will be much change in family policies after the election,” she wrote in an email. “Democrats have not been able to enact an increase in the child tax credit, paid leave or subsidies for child care even when they held both Houses of Congress and the White House.”

Sawhill said that if Republicans gained control of the House and Senate, as had been predicted when she was asked what she thought likely, the result could be “more tax cuts for families or a national law restricting abortion. They may also try to limit the growth of entitlements including disability or Social Security benefits in the future.”

Angela Rachidi, an expert on poverty with the American Enterprise Institute, thinks if Congress returns to a divided government, it will “eliminate even the smallest chance that the Democrats’ expansive family policy proposals will become reality, such as a fully refundable child tax credit, and universal pre-kindergarten, child care and paid leave.”

She, too, thinks that major changes to family policy over the next year are unlikely, “unless Democrats are willing to compromise by considering Republican proposals on the child tax credit, child care and paid family leave.”

Others are more hopeful the two parties can reach some agreement.

“I think there are some areas of potential compromise between Democrats and Republicans,” said Kevin Shafer, professor and graduate coordinator in BYU’s sociology department.

Other areas that are of interest to both Democrats and Republicans may falter because the gaps in how the two see the details working is too great, he said. “Although Republicans and Democrats have both voiced support for paid family leave, the two sides are very far apart on how such a system should work or be funded,” Shafer said,

Shafer, too, sees who gets to claim credit as a disincentive to work together leading up to the inevitable next election.

“In today’s political environment, both sides seem unwilling to give the other side what might be viewed as a victory — particularly in the lead-up to 2024. Given the hyper-partisanship that now exists in Washington, I’m not hopeful that we’ll make any headway on generating policies that support and strengthen American families,” Shafer said.

“My view is that Biden really got just about everything he wanted before now EXCEPT work-family policies,” Jennifer Glass, a University of Texas-Austin professor and director of the Council on Contemporary Families, said by email. “I am not so sanguine that the new Congress will be receptive, but I do not think these things are dead in the water if the Congress is at least partially controlled by Democrats.”

She said many policies are very politically popular and the pandemic helped spread their popularity. She said that abortion, for instance, “falls under the same umbrella of ‘things to be careful not to irritate among the electorate.’ If your representative is the one blocking paid leave or pre-K, I expect a lot of angry parents to respond,” she wrote. “There was no red wave in this election and suburban parents are the reason why.”

Sawhill said the abortion bill sponsored by Sen. Lindsey Graham which permits abortion up to 15 weeks of pregnancy has been criticized on both sides of the issue, but added that it “reflects where a lot of Americans are on the issue. They don’t want the right to an abortion eliminated but neither do they like late-term abortions. There could be enough Democrats in the Senate to turn this into national law,” she said.

Going into Election Day, with polls predicting a Republican “wave,” Shawn Fremstad, a senior adviser at the Center for Economic Policy Research, said he figured what he called “bread and butter” family policy issues like child allowances and child care would be “completely overshadowed by hot-button culture war issues like transgender kids and library book battles.” He thought that would mean no movement at the federal level on mainstream family policy until after the 2024 election.

Instead, after the election, he sees state movement on the family policy front. As proof, Fremstad points to the passing in Colorado of a ballot initiative creating universal free school meals, higher wages for school meal workers and other improvements.

“It looks like it was a coalition effort that could be replicated elsewhere, and it should provide momentum for universal school meals in Congress as part of debates over the Farm Bill,” he said.

He’s also watching what happens in states considering policies where there’s a political “trifecta” — one party has control of both chambers of their legislatures and the governor’s office. In Michigan and Minnesota, for example, Democrats have that. “The Minnesota House passed paid leave last year, but it didn’t make it through the Republican Senate. Seems very likely that Minnesota will join the ranks of paid leave states, which, except for Colorado, have been limited to the East and West Coast states,” Fremstad said.

Other states have Republican “trifectas” and different policy priorities.

A few days before the election, at the scientific meeting of the Gerontological Society of America in Indianapolis, Andrew MacPherson of the health consulting company Healthsperien told reporters that health care is a major focus for Americans and policy in that arena is of especially keen interest.

MacPherson noted that Congress as part of the Inflation Reduction Act will let Medicare negotiate certain drug prices with drug makers and cap out-of-pocket costs in the Medicare Part D program at $2,000.

Mental health issues are likely to get some love by lawmakers, given the attention the issue received during the pandemic. MacPherson described himself as “very optimistic on mental health,” noting that a number of congressional committees are working on packages within their jurisdiction on a bipartisan basis, which he called “just extraordinary.“ With the surgeon general’s “laser focus” on youth mental health, he expects Congress will enact related laws.

He said the U.S. might see the loosening of restrictions around reimbursements for providers like marriage and family therapists and other clinicians who cannot now bill Medicare.

But he also expressed doubt that Democrats “could defy political gravity” and take control of the House and Senate. With a divided government, he said, both parties will focus on healthcare costs and affordability, but their solutions will be very different. And both Republicans and Democrats will be looking at Medicare solvency into 2023.

If Congress is divided, he said, Americans can likely expect more executive branch activity, as opposed to legislative. And he doesn’t think Congress will tackle Medicare directly, but said lawmakers are likely to tinker around the edges.

Brian Lindberg, public policy adviser to the society, told conference attendees that regardless of the election outcome, the president can veto action and the Senate with the filibuster will be able to block almost any bill. So something passed in the House with a simple majority — regardless of which party holds power — could go to the Senate to die.