The American childcare crisis could get worse 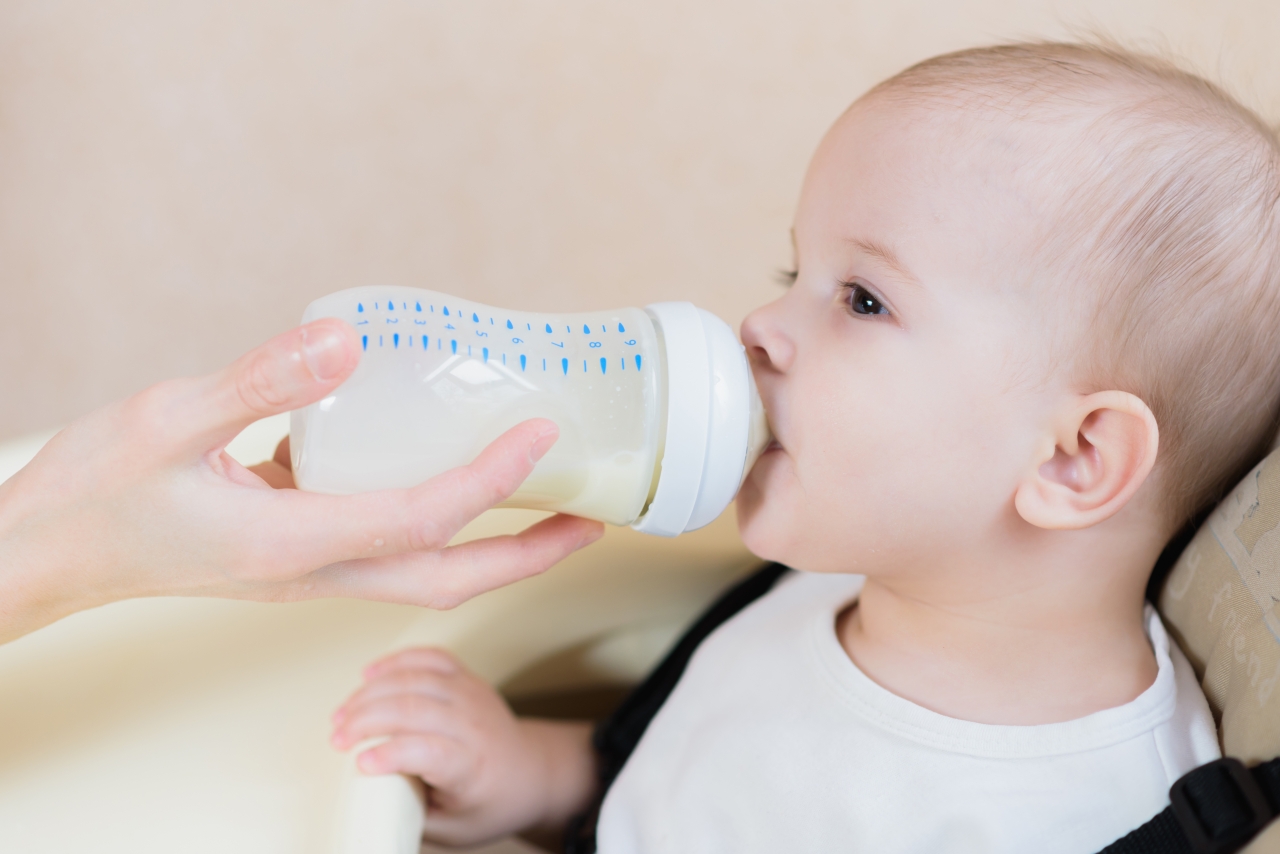 Little Miracles Early Development Center operated a 24-hour weekday childcare schedule for more than 17 years—even through the early days of the pandemic.

But due to COVID-19 disruptions and strict staffing requirements by the state’s quality rating system, the Columbus-based childcare center had to start closing at midnight in 2021. Now, the center is only open from 5 a.m. to 6:30 p.m. as a result of caregiver shortages and higher operating expenses.

“We had to continue to cut our hours because we couldn’t staff it,” Dawn Blalock, co-owner and program manager tells Fortune. “We probably hired 10 people this year, and we only have one who actually stayed—who’s here from being hired this year.”

Demand for childcare is spiking, but the sector hasn’t been able to fully bounce back from the ravages of the COVID-19 pandemic as Fortune has detailed in its new podcast focused on childcare, Where’s My Village? Instead the childcare sector has come out the other side even more hobbled. The vast majority of providers are grappling not only with higher operating costs, but a dearth of teachers, aides, and support staff. That means there are fewer available slots—leaving parents in a bind as they add their names to endless waitlists.

In October, employment in the childcare sector was still down 8.4% from pre-pandemic levels in February 2020, according to analysis by the Center for the Study of Child Care Employment (CSCCE) at UC Berkeley. Overall, the industry is down 88,400 jobs since February 2020. And that estimate does not include employment levels among home-based childcare providers.

In an industry that’s run on very thin margins and requires high levels of attendance volumes to make the operating math work, the staff shortages are a cause for real concern. Many centers are only holding on thanks to temporary stabilization fund grants. And those are set to end soon.

“We’re in a workforce shortage. We’re in a wage crisis. We’re hemorrhaging people—there’s no bodies, the lights are off,” says Sarah Siegel Muncey, co-founder of Neighborhood Villages, a Boston-based childcare nonprofit that advocates for early education and care policy reform.

With a seemingly shrinking pool of applicants even interested in working in childcare, many providers have had to increase the compensation they’re willing to offer, but also spend more to get their openings in front of potential workers.

“You have to keep spending money,” Blalock says, adding that operating a center in a heavily-concentrated area like Columbus makes staffing more challenging. To post on Indeed, Blalock says she went from spending about $500 a month to advertise for open teaching positions to spending $1,000 a week. “Everybody’s looking for somebody,” she says. “Just type in ‘early childhood teacher’ right now, and Columbus, Ohio has so many jobs.”

On top of spending more to advertise open positions, Blalock says she spends about $150 in additional fees and screenings before anyone steps into the classroom—if they ever do. Because competition for staff is so fierce, Blalock says she’s had several potential teachers get approached by other centers with higher pay offers after they’d agreed to take a job at Little Miracles.

And then there’s the hurdle of getting workers interested in these jobs that pay lower wages. Program directors like Blalock are in direct competition for staff with a whole range of employers from Target and Chipotle to Instacart and Doordash. “We always had a problem with losing staff to big box company warehouses and stuff like that. We always had that problem. But now the restaurant industry has invaded the space, too,” she says.

While it’s important that this historically underpaid workforce gain sustained pay increases—childcare workers remain among the worst-paid in the U.S.—most providers can’t keep up with the rapid hikes. Many allocate spaces for children enrolled through state voucher programs and other low-income supports that pay out fixed amounts that haven’t kept pace with rising expenses, which makes it more difficult to offer competitive pay. And parents are already spending an average of $10,600 a year on childcare, more than most mortgage payments and in-state college tuition prices.

The going rate for childcare staff used to be about $10 per hour in Columbus, according to Blalock. Now she “can't get anybody in the door” for less than $15 per hour—and she’s seen ads offering hourly wages in excess of $20 for teachers with a bachelor’s degree.

The higher wages are also only part of the compensation challenge. Most childcare providers are small businesses with limited benefits. Meanwhile Target and Starbucks offer comprehensive benefits and perks like education support and comprehensive healthcare to part-time employees.

Many childcare centers and daycares get paid, not directly by parents, but through a combination of federal, state, and local programs like Early Head Start and voucher programs. These contracts typically require providers set aside a certain number of open childcare slots. But if there’s not enough staff, providers could lose the contract. It leaves providers like Blalock struggling to answer the questions: Do you keep increasing pay and benefits offered to entice teachers to fill the open roles and stick around? Or do you risk losing your government contract?

The very rules and regulations that have been established to help ensure quality childcare are also hampering providers from being able to staff up appropriately. Take background checks, for example. Federal laws require that all providers run state and federal criminal background checks, including fingerprints, on anyone who is working as a childcare provider.

Earlier this year, background screening company ScoutLogic reported there were delays of more than 30 days in some counties across the U.S. for criminal background-check processing.

It can take weeks for a background check to come in, says Jennifer Hosmer, executive director of New Hampshire-based Children's Center of the Upper Valley (CCUV). “You're already in a staffing crisis, and you wanted [to hire] three staff members, three weeks ago. You hire them today, but then they can't start for another seven or eight weeks until their background check clear,” Hosmer tells Fortune.

New Hampshire, along with several other states, have allowed providers to submit waivers in order to hire staff on a contingency basis until their background check clears, but these new teachers can never be alone with kids. And those waiver programs were only a temporary, pandemic-related stopgap.

Then there are the education requirements. New Hampshire, for example, requires even associate teachers—typically an entry-level role—to have nine college credits in child development, early childhood or elementary education, not to mention continuing education mandates.

This basically means “you have to have three college courses to work here in a very low paying job,” Hosmer says. And while her center helps with education costs and grants are available to complete these requirements, it can be an added expense—and another barrier to entry.

Federal lawmakers approved about $50 billion in emergency funding for the childcare sector during the early stages of the pandemic. This Child Care Stabilization Fund proved to be a critical lifeline, helping 200,000 providers stay open through the grants they received, according to a recent analysis from the U.S. Department of Health and Human Services.

Six in 10 of those who worked in childcare centers and home-based daycares received stabilization grants through the American Rescue Plan, according to a 2022 survey conducted by the National Association for the Education of Young Children (NAEYC).

But what happens when these temporary grants end? Three-quarters of childcare providers told NAEYC that the end of stabilization grants would negatively impact their programs.

"Now we sit on the precipice of collapse,” Muncey says. “There's one fix to the childcare crisis, and it is investing in childcare as a public good.”

So far, there’s been no permanent help coming from the federal government after proposals for increased childcare funding did not make it into the Inflation Reduction Act that passed Congress this summer.

In the interim, some states like New Mexico have taken the initiative to fund childcare. On Tuesday, residents will have the chance to approve a ballot measure that will open up funding from state oil and gas revenues to go towards early childcare education.

Local programs are also growing. New Hampshire's Upper Valley Early Care and Education Associationhas launched a pilot workforce development program in partnership with Hosmer’s center to help train and expand the pool of early childhood teachers in the area. Funding came through earlier this year, and about a dozen participating CCUV teachers are undergoing mentorship training now with the aim to have the first class of trainees in place early next year.

But these efforts may not provide enough relief fast enough once temporary grant programs start to dry up at the end of this year and into 2023. “It is tenuous. We're nervous about once 2023 hits,” Blablock says.

Currently Blablock says she has about 50 children in regular attendance, but fully-staffed, the center has the capacity to serve 90 kids. The grant money is helping her afford higher staff salaries and rising operating costs. “The stabilization grant has definitely allowed us to make it through 2022,” she explains.

"Before [the pandemic], we were at a place where we were confident. There was never even a thought that we may possibly close. And now every day it’s one of those things where we just don't know. We just don't know.”