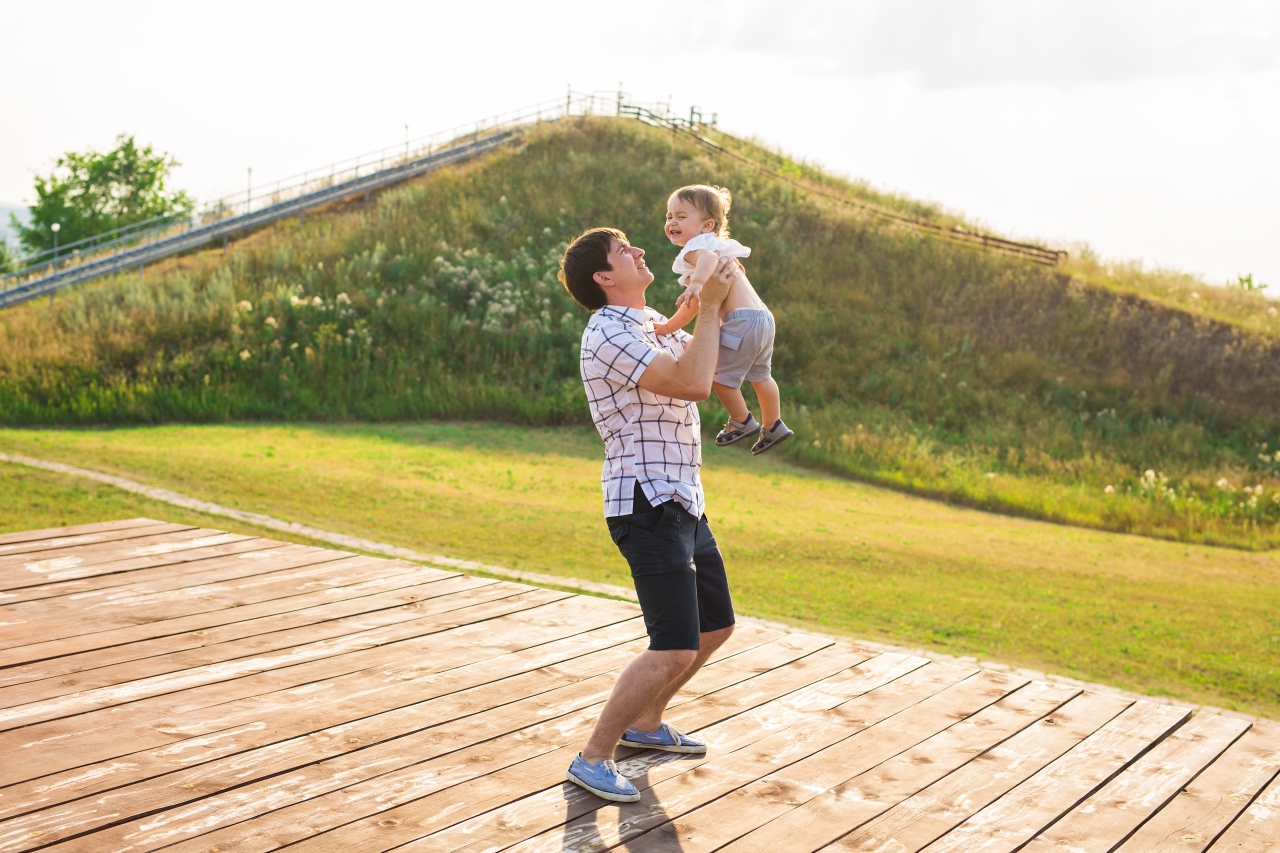 BRIDGEPORT — Holland Cole grabs a tiny fist full of pink Play-Doh and kneads it. Next to her sits a box full of art supplies for sculpting trees, hearts, butterflies or anything a preschooler could desire. Her friend, 3-year-old Ayda James, molds purple and blue ponies, while kids across the room tinker with multi-colored plastic cars.

It’s playtime at Cubby’s Child Care Center in Bridgeport — and amid the blocks, crayons and giggles, it couldn’t feel more carefree. But about a hundred feet away, in her office, owner Jennifer Trippett and some of her staff are worried about what’s to come.

“I love Cubby’s and I love my kid being here,” said teacher Kelly Boyce, whose 2-year-old son Callahan is also at the center.

But as she braces for the end of a pandemic-era subsidy for essential workers, including day care employees, Boyce feels like she had no choice but to quit.

“I don’t think it’s fair to be ripped away from the kids. It’s just going to create worse staffing issues,” she adds.

For the past 28 months, federal subsidies have helped West Virginia families afford child care and owners keep the lights on.

Some West Virginia children, whose parents have low incomes, have qualified for similar child care subsidies for years. But in 2020, more than 9,000 kids became newly eligible for free child care when their parents were deemed essential workers during the pandemic.

Starting November 1, new income requirements go into place and 6,200 of those kids will lose their subsidies, according to the Department of Health and Human Resources. The rest will lose them next summer.

Some parents, who make just above the new income threshold, are facing the choice of either paying the enormous cost of child care, which averages $845 per month in West Virginia, or leaving the workforce. Meanwhile, many teachers like Boyce plan to quit when the subsidies expire, exacerbating staffing shortages. Those staffing shortages will likely lead to a decrease in child care slots, making it even more difficult for West Virginia parents to find child care. Currently, the state has about 40,000 child care slots and 68,000 children under six with two working parents.

The cutbacks mark the beginning of the end of a period in which the federal government pumped about $330 million into child care in the state, helping the fragile industry survive the pandemic and chart a new path forward.

Many of the beneficiaries of that aid are feeling the sting of learning, sometimes on short notice, that they’ll have to find another way to pay for child care.

“I feel hopeless, to be honest,” said Beckley parent Sharon Allen about the $900 monthly bill she will now have to cover.

Child care costs are sky-high across the country but West Virginia fares worse than most. While on average parents in the U.S. pay 25% of their household income toward child care, West Virginians pay about 35%.

Currently more than 18,300 children in the state receive subsidies and over 9,400 of them are covered through the essential worker program, which will be limited to those making 85% of the median income on Nov. 1.  According to DHHR, the income limits are an effort to maximize subsidies for those most in need and parents were aware that the subsidies were not permanent.

Allen, a peer recovery specialist in Beckley, will no longer qualify. She kicked her own addiction issues four years ago and is the sole caretaker of her 4-year-old son. Her salary is less than the new subsidy cut-off: $44,000 for a family of two.

However, her son receives survivorship benefits from Social Security due to his father’s death. That money puts them over the threshold and means she’ll lose her entire subsidy.

Allen got the news last month and is considering decreasing her hours at work as a result.

“There is a little hope that I will be able to pay that much, or ever buy a house, or ever afford a vacation,” she said.

Elyhanna Grimes, a payroll specialist in the Northern Panhandle town of Colliers, is also losing her subsidy. Grimes said she picked up some overtime last month to pay for her 2-year-old daughter’s birthday gifts. She ended up about $20 over the income threshold, meaning she’ll now be on the hook for a $155 weekly child care bill.

“I didn’t think those extra hours would be the straw that broke the camel’s back,” she said.

Grimes hopes her grandmother will help with child care duties, and she plans to re-apply for aid in a couple of months.

Up the road in Weirton, Charles Poling is the sole caretaker for his two grandsons, and he’s also scrambling to find new options for child care.

Poling, who works at the Timet plant in nearby Toronto, Ohio, said he plans to lean on friends.

“I’m a little angry because I work my butt off to help these kids. It’s just me by myself and it takes a toll,” he said.

Both Poling and Grimes send their kids to Miss Tiffany’s Early Childhood Education House in Weirton. The owner, Tiffany Gale, said she has twelve kids at her center, seven of whom will lose subsidies on Nov. 1. She’s worried about the blow to her bottom line — and the families she serves.

“I’ve been freaking out,” she said. “Families don’t really know what they are doing, a few are trying to scramble to see if a family member could watch the kids. Some are considering leaving the workforce.”

The margins on most child care centers are razor thin, and operators say their biggest obstacle is finding staff. The essential worker subsidies helped bring many teachers into the workforce. Now, operators are expecting to lose them fast.

According to a survey conducted by the West Virginia Association for Young Children, about half of child care operators across the state expect to lose at least one teacher at the end of the month. Because child care centers must maintain specific student-to-teacher ratios, staff losses trigger a reduction in child care slots.

Trippett, the owner of Cubby’s in Bridgeport, expects up to 15 of her 100 employees to quit.

One of them, 33-year-old Chelsea Eads, stopped by Trippett’s office on a recent weekday. While her 5-month-old son Nolan dozed under a dark blue WVU blanket, Eads said it was free child care for her three kids that allowed her to take the job.

“It made all the difference,” said Eads, who has a bachelor’s degree in early childhood education from West Virginia University. Her husband works full-time, and together their incomes put them over the threshold. But without the subsidy, Eads would be on the hook for $480 a week for child care, far more than she makes working at the center.

Kelly Boyce is in a similar situation. If she stayed, she would earn somewhere $7 and $57 per paycheck. Some weeks she might even be losing money due to how much she’ll pay for child care for her son.

“I want to work, and I want to contribute to my family, but it just doesn’t make sense for me to pay to work here,” she said.

Trippett and other day care operators want DHHR to extend subsidies for child care workers for another 90 days. They say that doing so would give centers a stopgap and that hopefully legislation could be passed in the future to make the change permanent. A department spokesperson didn’t answer a question about whether such an exemption was under consideration, though noted there were monthly grants up to $27,000 provided to many child care centers that could be used for any purpose.

Ann Ali, a spokesperson for the West Virginia House of Delegates, said that she expects House leadership to address child care in the upcoming session, but isn’t yet sure how. She said that House Speaker Roger Hanshaw has been hearing from constituents across the state that lack of child care has been negatively impacting hiring.

Before the pandemic, the only families that qualified for federal child care subsidies were making under 150% of the poverty level, a little under $42,000 for a family of four.

Legislation like the CARES ACT and the American Rescue Plan dramatically expanded that reach. Without further funding, child care will likely return to past levels.

Kelly Allen, executive director for the West Virginia Center on Budget and Policy, said that half of the state’s child care facilities might have been shuttered if it wasn’t for federal money.

Instead, child care slightly expanded in the state from 38,000 licensed spots in 2019 to 39,421spots in 2021. Providers like Trippett were also able to use pandemic aid to raise day care teacher wages, in an effort to attract more workers.

And yet there still isn’t enough room. While Trippett’s center is full with about 500 kids, there are many more waiting to get in: Her waiting list is composed of two giant stacks of paper, one sitting on her desk, another pinned to a board behind her.

Child care isn’t just a West Virginia issue. States across the country are trying to address the issues of child care affordability and access, as is the federal government.

The most sweeping plan proposed was the early version of the Biden administration’s Build Back Better Act, which would have increased the number of children in West Virginia receiving subsidies ten-fold and funded raises for child care workers. The bill effectively died in December after West Virginia Senator Joe Manchin announced he wouldn’t support it. In a statement at the time, Manchin said he opposed the bill because he was worried its high price tag would significantly increase the national debt.

The Murray-Kaine proposal, another piece of federal legislation under consideration, would also expand child care in the state.

Currently, West Virginia puts roughly $9 million toward child care subsidies, which is close to the minimum required to receive federal money, and there are no significant state funding increases on the horizon.

The only child care bill passed in the last legislative session provided a tax credit to some businesses that establish child care facilities for their employees. It’s too early to know its effect.

Two other bills failed to make it out of committee. One of them, proposed by Delegate Cody Thompson, D-Randolph, would have provided up to $8,000 in annual subsidies to essential workers including child care providers.

Melissa Colagrosso, the owner of A Place to Grow in Oak Hill, said funding child care could provide a shot in the arm for the state’s sluggish economy, which ranks last in workforce participation.