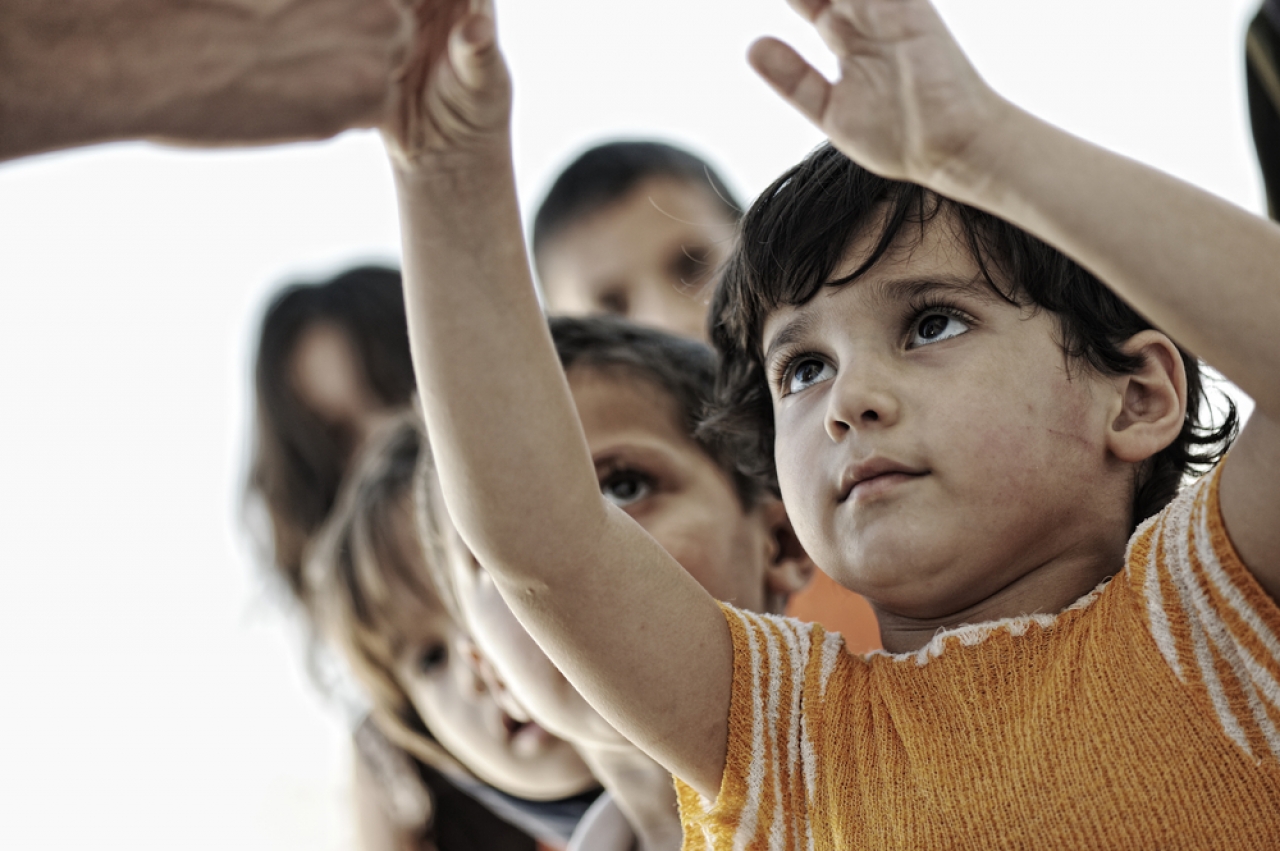 Editor’s note: This story led off this week’s Early Childhood newsletter, which is delivered free to subscribers’ inboxes every other Wednesday with trends and top stories about early learning. Subscribe today!

There are 11.4 million babies in the United States, and nearly 1 in 5 are being raised by families in poverty.

But whether families are eligible for direct support from the state depends largely on where they live, a challenge that the organization Zero to Three has highlighted in its most recent “State of Babies” report.

Zero to Three’s report evaluates states based on indicators of babies’ good health, the strength of their families and whether they have positive early learning experiences.

The report this year comes at a particularly challenging time for families with babies: A nationwide baby formula shortage was made worse when a key manufacturing plant stopped production due to contamination issues. The plant is one of the largest owned by Abbott, one of just three companies that provides formula to low-income families through the Special Supplemental Nutrition Program for Women, Infants and Children (WIC). Families who rely on WIC benefits make up about half of all baby formula recipients, according to the Washington Post.

But the formula shortage is just one issue facing families. Zero to Three’s report found that the ongoing pandemic has continued to heighten inequality between low and high-income families.

The organization looked at families with children under the age of 3 and with incomes at or below 100 percent of the federal poverty line, which was $21,720 for a family of three in 2020, when these statistics were gathered. While many of these families are eligible for cash assistance from the Temporary Assistance for Needy Families program, or TANF, nationally just 18.5 percent of families in poverty receive it.

One reason for the gap is that states with lower rates often spend less of their share of TANF funds on direct cash assistance to families. States are permitted to spend the money on other supports, such as child care, tax credits, work programs or to cover administrative costs.

In Georgia, the most a family of three can receive in direct assistance is $280 per month if their monthly income does not exceed $784, less than 50 percent below the federal poverty line.

In fact, the overall amount states spend on direct aid with TANF funds has gone down tremendously since the program began in 1997 — from 71 percent of the funds to 22 percent — while the actual amount states receive in funding has stayed the same.

Low rates of TANF assistance are common in the South, said Ife Floyd, a policy analyst with the Georgia Budget and Policy Institute.

“Not only is how the states decide to spend it flexible, but there’s also a lot of flexibility in how the states set up eligibility for the program, and Georgia has some of the most restrictive eligibility policies in the country,” Floyd said.

Georgia, like many states, also requires families to prove they are looking for work before they can receive any benefits. That can be difficult for families in emergency situations, Floyd said.

“The policies are meant to be harsh in order to get people back into work and get people off assistance,” Floyd said. “Some states have tried to change some of those policies to make sure that people get stable and are getting connected to meaningful work support to help them find better jobs. Some states are moving in that direction, but not Georgia and not a lot of states in the South, in the Midwest, in the Southwest.”

Poverty has long been associated with a host of poor outcomes for children, including worsened physical health, lowered academic achievement and difficulty obtaining steady work in adulthood. At the direction of Congress, the National Academies of Sciences, Engineering, and Medicine reported in 2019 that being poor isn’t just associated with those problems — it causes them, particularly when poverty occurs in early childhood or is long lasting.

That’s one of the reasons why interest in cash aid to families has surged in recent years. For half a year during the pandemic, direct assistance in the form of child tax credits lifted millions of children out of poverty before the program ended.

The policy “was hugely successful in lifting families out of poverty,” said Miriam Calderón, chief policy officer for Zero to Three. “And we’ve let it expire.”

Calderón said some states have implemented their own plans to aid families with young children — like universal pre-K and expanding child care programs — but she said it isn’t enough.

“We continue to have information that far too many babies and families in this country, particularly those with low incomes and babies of color, are not getting the support that they need to have the strongest possible start in life. These indicators aren’t moving,” Calderón said. “To ultimately see significant progress in states, we need bold policies at the federal level to complement states’ efforts, especially around closing disparities,” she said.

This story about families in poverty was produced byThe Hechinger Report, a nonprofit, independent news organization focused on inequality and innovation in education. Sign up for theHechinger newsletter.