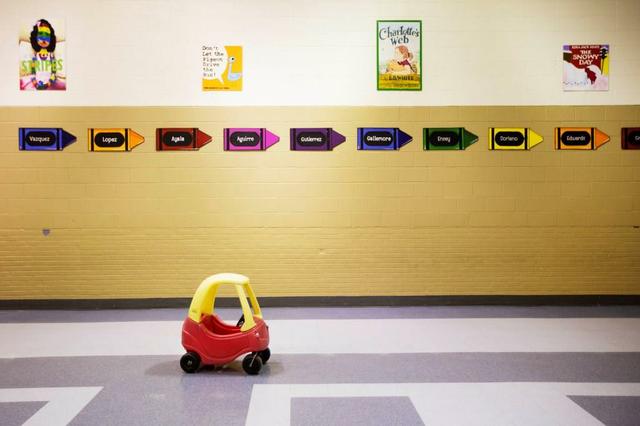 Time is running out to pass a spending bill to keep the government open and running before the December 11 deadline, and to include in it a COVID-19 relief package. Thankfully, negotiations are once again gaining momentum. But the most recent talks fall short in an important area of concern: funding for child care.

Last week, a bipartisan group of senators and representatives released their framework for a COVID-19 emergency relief package, which was subsequently endorsed by House Speaker Nancy Pelosi, Senate Minority Leader Chuck Schumer, and President-elect Joe Biden as a starting point for negotiations. The bipartisan bill includes $10 billion for child care, far less than the $50 billion proposed for stabilization grants for child care providers included in the House Democratic HEROES Act. That bill also included $7 billion in emergency funding for the Child Care and Development Block Grant (CCDBG), the main way that Congress funds child care currently. So the amount available for child care in the bipartisan bill is close to one-sixth the level of the HEROES Act.

Senate Majority Leader Mitch McConnell’s , which is much smaller than the bipartisan package, says that it would authorize “short-term assistance to help child care providers reopen and stay open,” but does not list any funding amount for that purpose.

Experts estimate that $10 billion would only cover about one month of relief to stabilize the child care system. A failure to provide child care is significantly hampering the ability for families, and particularly women, to participate in the workforce. A report from the Century Foundation finds that roughly four times as many women dropped out of the labor force in September, compared to men. Another analysis from the National Women’s Law Center shows that nearly 2.2 million women have left the labor force since February. The pandemic has disproportionately harmed women by forcing them to balance caregiving responsibilities and making ends meet. The Century Foundation report estimates that mothers could lose $64.5 billion in lost wages and economic activity every year if millions of child care slots are permanently shuttered, with the federal government losing $12.2 billion in tax revenue.

The size and scope of the impact of this public-health crisis on the child care sector is profound and growing, as programs across the country are already closing their doors permanently. As COVID-19 cases continue to rise, child care programs face difficulty obtaining the resources they need to weather the next several months until a vaccine is available.

Jenni Gritters, a resident of Washington state, a mother, and co-host of the podcast The Writers’ Co-op, tells the Prospect that as a new parent in the pandemic, it’s been incredibly tough to continue to run her business while also taking care of a one-year-old.

“Paid family leave and child care funding would absolutely change the game for me and my family,” Gritters says. “Washington does have paid family leave for both parents when a child is born, and it made a big difference for me as a self-employed person and my husband as a health care worker. Otherwise, I wouldn’t have been able to take 16 weeks of leave. But full-time day care in my city costs $2,000 a month, which is a cost we can’t afford, not to mention the risks of COVID inherent in putting my son in day care at the moment.”

Gritters noted that paid leave has historically been connected to the postpartum mental health of parents, and especially mothers. The pandemic has only heightened this stress, while forcing capable workers out of the workforce. “In the end, this is about cultural ideals,” she says. “Do we prioritize family, or do we prioritize business?”

Similarly, Diana Limongi from New York, the founder of the Parenting and Politics podcast, explains how working parents need child care access in order to work. “There is no full economic recovery that will benefit everyone unless child care is included as part of the relief package,” Limongi says. “In the past, we’ve relied on the free caregiving of women, which has hurt women financially.”

Limongi lost the day care provider for her child during the pandemic, which she says “has made being able to work so much harder.” She supports substantial investment in child care “because child care workers are essential, and deserve living wages, access to health care and paid sick time, and more.”

Talks on the relief package have been consumed with topics like unemployment relief, rental assistance, and small-business support. All of these are crucially important. But child care has been pushed aside and kept out of the spotlight despite a need that is only increasing. As more schools close during the latest surge in cases, more and more parents need help caring for their children. Only additional resources can help providers meet this demand.

“Ten billion is only a small fraction of the huge and real commitment needed to help working families,” Limongi concludes.