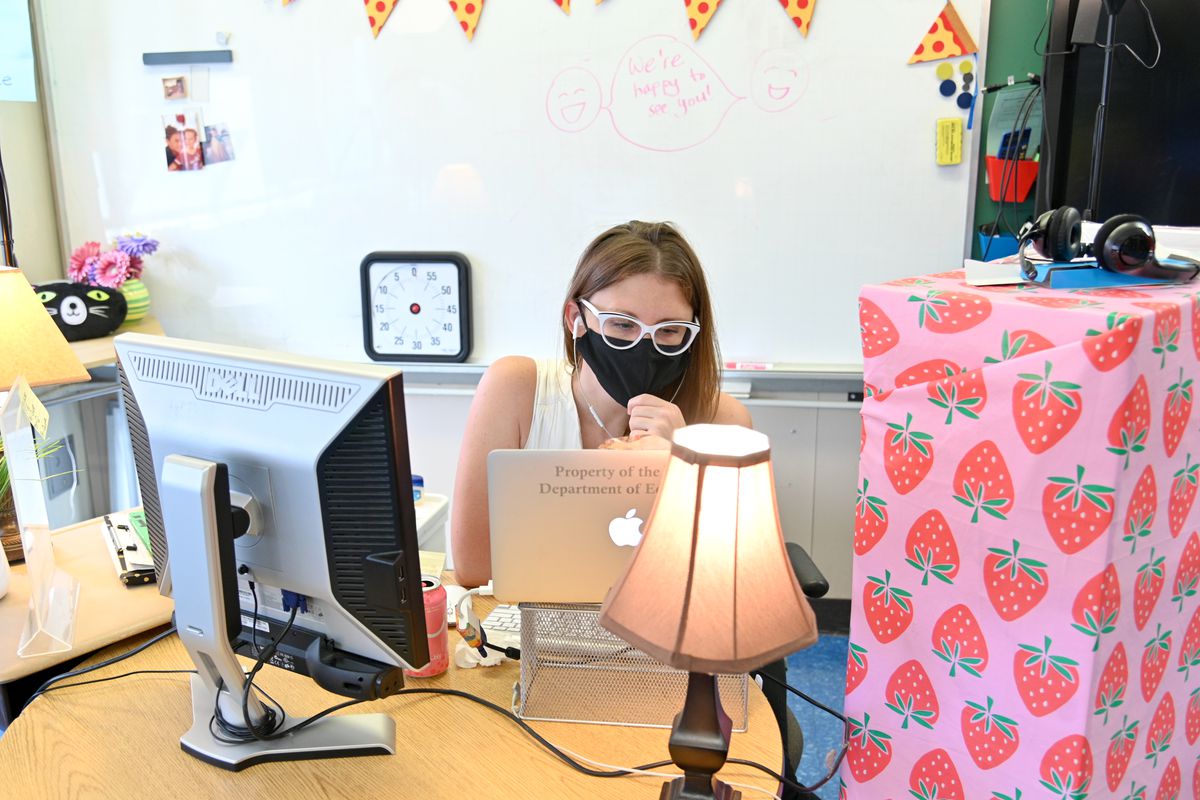 Parents whose children are learning in person full time are the most pleased with the quality of their child’s education.

And while parents of fully virtual students are less satisfied than parents of kids attending school in person, most still don’t want to send their children back any time soon.

Those are the findings of recent national polls looking at parents’ perceptions of their children’s education this fall. Together, they provide the most sweeping sense to date of what parents think about the schooling students are experiencing this year. The results also highlight the urgency of improving remote instruction, as rising caseloads prompt more closures and students of color remain much more likely to be learning fully virtually.

“I don’t think that remote instruction is going to get up to the level of in-person, but we definitely need to be doing better,” said Morgan Polikoff, a University of Southern California education professor who co-directed one of the recent national polls. “It is obvious that a lot of kids are going to be remote through much of if not all of the spring.”

Here are a few key takeaways.

One national poll found that parents of in-person students gave the quality of their children’s education an average grade of B+. Fully virtual and hybrid instruction both got between a B and B-.

Another recent national poll found that 54% of families whose children were attending school in person full time were said they were very satisfied with the quality of instruction. Only about 30% of those whose children were virtual or hybrid said the same.

A third national poll found that 44% rated the education their child was getting as excellent if it was conducted fully in person, compared to 27% when instruction was fully online and 21% in a hybrid model.

These results align with prior research and the experiences of teachers across the country during the pandemic. “I don’t think it’s super controversial to say that it’s almost certain that the education kids are getting is better if they’re in person,” Polikoff said.

In his survey, parents did say in-person instruction now is a bit worse than it was pre-pandemic. That’s not a shock either, since new health and safety protocols are limiting some schools’ ability to offer students social interaction or activities like sports and music. Moreover, teachers in many places are struggling to teach kids online and in person at the same time, since lots of districts that have opened their buildings are still offering a virtual option.

This is the more surprising tidbit: In each poll, parents’ views of hybrid schooling — where their child receives a mix of in-person and online instruction, depending on the day — are no better than other parents’ takes on all-virtual learning.

In one recent Massachusetts poll, hybrid parents were actually the most concerned that changes to schooling this year have had negative consequences on their children, both in terms of academic learning and social skills.

That suggests that, at least from the perspective of parents, the benefits of hybrid set-ups are limited if the alternative is all-virtual learning. That’s notable, since districts have faced the steep logistical challenges to make hybrid schedules work on the theory that offering some in-person time is better than none.

The polls also show that a substantial share of hybrid parents would prefer a different approach, either full-time in-person school or full-time remote learning.

Still, some benefits to in-person schooling may not be captured in this data, including reducing social isolation or providing parents with occasional child care.

When New York City shuttered its buildings, which had been open on a hybrid schedule, earlier this week, for instance, many parents weren’t pleased. “They were so happy to go back,” said one New York City mother this week. “The kids on my block were screaming for joy when it opened back up only to be shut down again. It’s just very disheartening with no end in sight.”

It’s also possible that the ratings aren’t very different because parents whose children are learning virtually have lower expectations for the quality of education.

One logical response to parents’ relatively poor marks for virtual instruction is to push more schools to reopen their buildings. But that’s getting increasingly difficult as virus counts tick further upward across the country — and it’s also actually not what most parents say they want.

One of the national polls found that 71% of parents whose kids are learning fully virtually would choose that approach for the rest of the school year, even if given the option to return in person. The Massachusetts poll found that 58% of parents of full-time virtual learners had the option for some in-person learning, but chose otherwise. Even before schools closed in New York City, the vast majority of students there weren’t going intoschool buildings.

Polls have shown that parents of color are the most wary of having their children return to in-person schooling.

With virtual learning so common, it’s not entirely surprising that more parents say schools should redouble their efforts to improve remote instruction rather than focus on opening up buildings.

The pandemic, one Indianapolis school counselor said recently, “is not going anywhere as of right now. So how can we make things work in the middle of this?”

But there is some good news: Parents say that remote instruction is better now than it was, with their judgments improving by nearly half a letter grade since the spring.