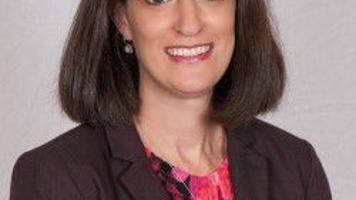 Child care providers also make up the largest cohort of publicly-funded pre-k sites in the commonwealth. In fact, 48% of Pre-K Counts kids are served by STAR-3 and -4 child care providers — a really important piece connecting PA’s early learning system. Child care collapsing could create a ripple effect across the entire early learning infrastructure, risking solid investments to expand it over the past decade.

Early education is happening at child care centers, family child care homes, schools and through evidence-based home visiting. Pennsylvania children need access to quality, affordable early childhood education opportunities from birth through kindergarten. And, it should be a top political issue for any candidate running for public office this year. That’s why I’m participating in a Cumberland County Candidates Conversation on Early Learning on October 13, and I encourage you to join via Zoom.

Pennsylvania’s publicly funded pre-k programs are the capstone of the commonwealth’s early learning system, and preserving it requires action to preserve all elements of the early learning system, but we have yet to see the issue rise to the top of political agendas. The more politicians and elected officials hear about an issue, the higher it rises on their agendas.

I salute the candidates that have completed the early education survey and signed the Children Matter Action fund pledge, demonstrating support for childcare and early childhood education. With two candidates already committed to the Cumberland County Candidates Conversation, it is clear that this is an issue that candidates are paying attention to. Sustained attention will be required to move the winning candidates into action once they are faced with competing priorities in a grossly underfunded state budget. This conversation is an opportunity to learn more about candidate priorities, engage with them on an intimate level, and join an important conversation happening across America.