After the pandemic, where will the US child care system end up? 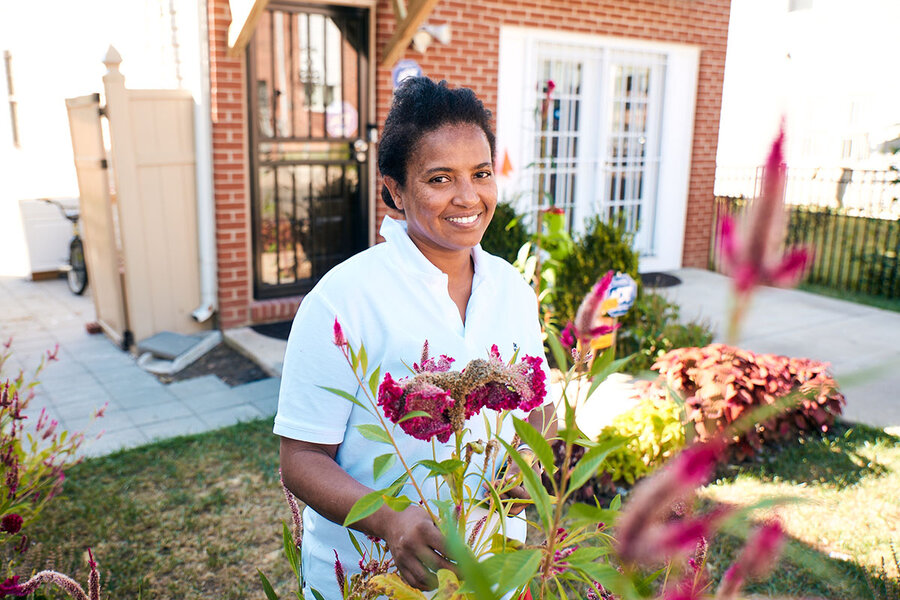 In Richmond, Virginia, J. David Young, the CEO of a nonprofit that runs two child care centers, is having to spend extra money on cleaning products and reconfiguring building space. Enrollment in his centers, which serve mostly low-income families, has dropped in half.

“It is taking a toll,” says Mr. Young of the pandemic. He’s confident that his organization will survive, but says “it’s not easy and it’s not guaranteed.”

Over the past six months, child care providers have faced dwindling class sizes due to pandemic restrictions and parents opting to keep their children at home. Some research suggests that when the public health crisis recedes, the U.S. may emerge with a loss of nearly half of its available child care spots.

Yet the pandemic has also focused public attention on the role that child care plays for families and the economy, advocates say, and has created momentum for a significant reevaluation of the system, which has long been unaffordable for many parents and expensive for providers.

“There is the need to build child care back better,” says Marica Cox Mitchell of Bainum Family Foundation in Maryland. “It’s now a conversation that’s happening outside of the insular child care space.”

Muluwork Kenea closed Amen Family Child Care for almost two months during the height of COVID-19 lockdowns. The business she operates out of her home in Washington, D.C., survived through loan from the federal Paycheck Protection Program.

Although she doesn’t expect to close for good, she’s worried about her costs. She employs two other people to help operate a 24-hour facility, so she can care for children at night for parents working nontraditional hours. Prior to the pandemic, she purchased protective gloves for $42. Now they’re running $89 a box. A box of disinfectant spray has jumped from under $20 to $90.

“The federal government has to think about us,” she says. “We are super necessary, without us there is no work. We don’t want to close our businesses.”

Ms. Kenea faces challenges similar to those that have forced thousands of child care providers out of business over the past six months, as class sizes have dwindled due to pandemic restrictions and parents have opted to keep their children at home. When the public health crisis recedes, the United States may emerge with a loss of nearly half of its available child care spots, according to one study. Traditionally, closed child care businesses have not been quickly replaced.

Yet the pandemic has also focused public attention on the role that child care plays for families and the economy in a new way, advocates say, and has created momentum for a significant reevaluation of the U.S. care system, which has long been unaffordable for many parents and expensive for providers to operate.

“There is the need to build child care back better,” says Marica Cox Mitchell, director of early learning at the Bainum Family Foundation in Bethesda, Maryland, which helped establish a new private fund that provides grants to child care operators in Washington, D.C., including Ms. Kenea. “It’s now a conversation that’s happening outside of the insular child care space.”

While there’s widespread agreement on the crisis facing the U.S. child care industry, solutions vary from creating a universal child care system to focusing on reducing regulations and fostering more parent choice, experts say. Whether the political appetite exists at the state or federal levels to create long-term change is open for debate.

“I think the question is, are we going to make incremental improvements or are we going to have wholesale change?” says Elliot Haspel, author of “Crawling Behind: America’s Child Care Crisis and How to Fix It.” He says child care has not been a top political issue in the past, but that the pandemic has exposed how a lack of such care hurts the economy and child development.

Congress allocated $3.5 billion for the child care industry in the CARES Act. Since then, the National Women’s Law Center released a report estimating that the U.S. child care system needs at least $9.6 billion each month to survive the pandemic.

In Richmond, Virginia, J. David Young, the CEO of a nonprofit that runs two child care centers, is having to spend extra on cleaning products and reconfiguring building space. Enrollment in his centers, which serve mostly low-income families, has dropped in half. He knows other child care providers who are permanently closing due to spikes in expenses coupled with revenue drops.

“It is taking a toll,” says Mr. Young of the pandemic’s impact on the finances of the nonprofit he leads, Friends Association for Children. He’s confident that the organization will survive, but he says, “it’s not easy and it’s not guaranteed.”

For communities of color in particular, “this is a crisis built on top of a crisis,” says Myra Jones-Taylor, chief policy officer at Zero to Three, an advocacy group for young children. She points to examples of pre-COVID child care deserts, predominately in low-income and rural areas, where little affordable or quality child care exists. In addition, women of color constitute about 40% of the child care workforce.

“The families who already are in crisis mode and have been for so long are disproportionately in rural, Black and brown communities,” she says. And she’s worried the pandemic will exacerbate that trend.

For families with young children, child care often serves as more than simply a place to leave kids while parents work. It also supports child development and early education for infants through pre-kindergartners, who learn initial social and academic skills.

Most developed countries put significantly more public resources toward child care than the U.S., says Samuel Meisels, the founding executive director of the Buffett Early Childhood Institute at the University of Nebraska, who notes that education is particularly important during the earliest years, between ages 0 and 5.

“France, Germany, almost every single Westernized, industrialized country has care for children and for families that this country does not have, whether it’s the école maternelle [public preschool] in France or the payments that cover salary for new parents in Scandinavia,” he says. “We are far behind these other countries.”

Part of the problem with the U.S. investing less in child care and preschool, observers say, is that it results in both high costs for parents (a national average of nearly $10,000) and extremely low wages for child care workers, since tuition doesn’t cover the full cost of providing care, such as maintaining low staff-to-child ratios.

“We make child care operate much more like a restaurant than a public school or a library,” says Mr. Haspel. “You have to have a certain number of paying customers to keep your doors opened, as opposed to a public school or library where there’s a constant stream of public funding coming in. It’s a public good, and so they’re not facing the same existential crisis if suddenly there aren’t those paying customers.”

The idea of federal universal child care remains a political nonstarter to most conservatives, says Hadley Heath Manning, director of policy at the Independent Women’s Forum, a right-leaning think tank based in Washington, D.C., because of concerns over cost, lack of quality, and government overreach.

“I think it’s tempting to come up with a one-size-fits-all solution, and that’s a red flag with a lot of universal child care policies,” she says.

Instead, there might be more bipartisan willingness to address child care at state and local levels, she suggests, and to consider proposals such as increasing tax credits for families, and reforming the dependent care flexible spending account so parents can set aside more tax-free dollars to spend on child care.

The way to create a structure where families have access to affordable and high quality child care, and providers earn a decent living, says Ms. Jones-Taylor of Zero to Three, is to transform public perception of child care from an individual family responsibility to a public good that benefits society and requires significant public investment.

“If we want the economy to get back going we have to support this critical part,” she says. “The only way to do that is rethink this entire [child care] system and imagine it as the public good that it really is,” she says. “When you think about the way we invest in K-12 education, we should be thinking of children under kindergarten in the same way.”

One area of agreement for many policymakers is on the importance of home-based day cares during the pandemic, and in the future, due to their small sizes and the role that the mostly female small-business owners can play in their communities.

Some employers and technology startups are trying to help with that. Jessica Chang co-founded WeeCare in 2017 after she struggled to arrange child care during her first pregnancy. The goal, she says, is to “empower female entrepreneurs.” The platform allows small home day cares to better advertise online and efficiently run their business.

Mr. Young, who runs the Richmond child care centers, is hopeful that the pandemic will encourage people to view child care as an educational service that deserves respect and support from the public and private sectors alike.

“I think this whole pandemic really serves to open folks’ eyes, not just politicians’, but everyone’s eyes,” he says. “People realize now just how important the job is that we do.”

Editor’s note: As a public service, we have removed our paywall for all pandemic-related stories.