2020: The Year We Made Women Choose Between Work & Care 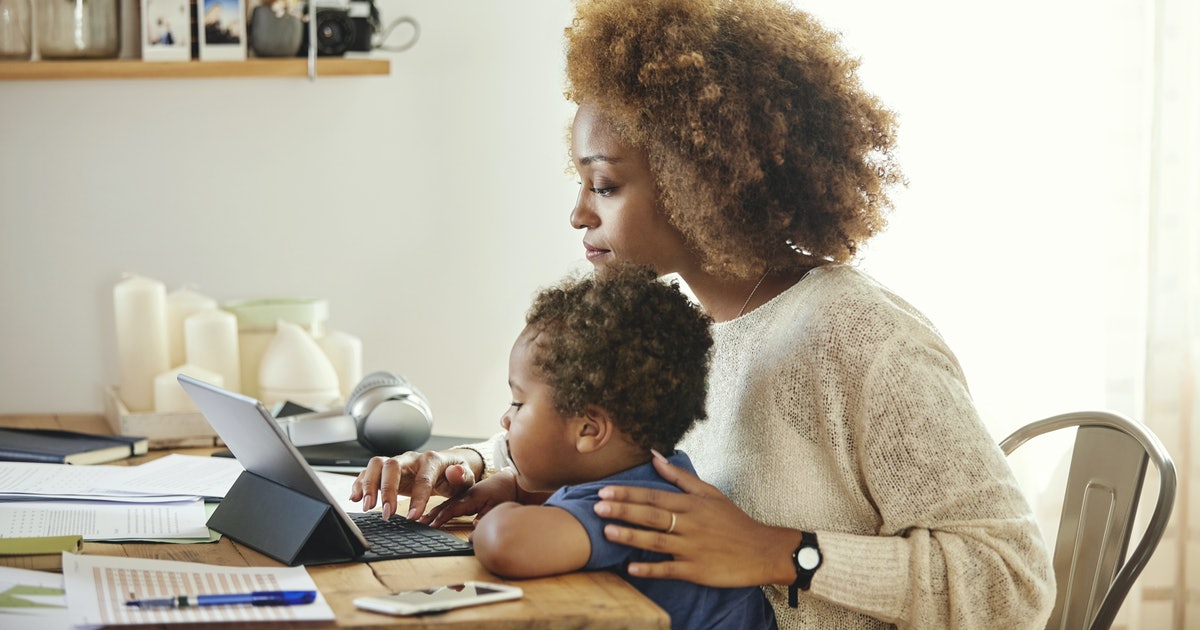 This year’s back to school season is like nothing parents have seen before — for mothers especially. As school districts across the country announce decisions about school reopenings, ongoing uncertainty is likely to drive many women — particularly single moms — out of the workforce unless we make supporting women and child care a central facet of our economic rebuilding plan.

The lack of economic assistance for childcare risks decades of gains women have made in the labor force. If employers begin to enforce pre-pandemic rules of working from the office, or pull back on scheduling flexibility while working from home, some working mothers will have no choice but to fill the gap in our crumbling country’s child care infrastructure, a move that will reverberate far beyond this generation of working moms. There is already ample evidence of discrimination against working mothers. As some dads return to the office and moms stay home, the persistent gender pay gap is set to widen.

Most low-wage women workers — particularly single mothers — face a more harrowing choice between poverty and neglect. For example, Oxfam’s review of nationwide grocery chains showed that most companies’ coronavirus response plans had no dependent care policies for their employees. Most of these same workers are excluded from emergency paid sick and family leave provisions from the government. Unlike other essential workers like nurses and first responders, female service workers and low-wage workers in the food and agriculture sector don’t get access to emergency child care assistance offered by many states in response to coronavirus. This weighs on women of color most as they are concentrated in industries like food work while also more likely than white women to be a primary or sole earner for their families.We know that job losses in April alone erased a decade of job gains for women. New Oxfam research from various countries around the world shows that in the midst of the pandemic, women are spending their days doing unpaid care and domestic work — cooking, cleaning, shopping for the family — not advancing their careers. Research in the U.S. shows that the imbalance in care is particularly acute for women of color and Asian women. While 57% of white women say that their daily domestic and care work has increased, 71% of Black or African American women, 71% of Latina women and 79% of Asian women said their care duties have increased.

We must take bold action now to build a new economic system that celebrates the essential unpaid care work that women perform while protecting their paid work. Available and affordable child care is a critical piece, especially for families of color and for low-income women workers. One immediate step is for Congress to include both the “Child Care is Essential Act” and the “Child Care for Economic Recovery Act” in the next coronavirus supplemental package. The bills, passed at the end of July by the House of Representatives, improve access to affordable, quality child care for working families and support a robust economic recovery from the COVID-19 crisis through the creation of a $50 billion Child Care Stabilization Fund and other critical federal investments and tax subsidies. As a nation, we tend to undervalue care work in economic decision-making, as evidenced by the fact that the entire child care industry in this nation got less CARES Act funding than Delta Airlines. These legislative provisions would help stabilize the child-care sector, allowing it to reopen safely in the future, while also supporting families by providing relief from copayment and tuition requirements now.

This crisis is showing that our economic system relies on the critical care work — both paid and unpaid — of women. Case in point, 93% of the childcare workforce are women of color/immigrant women and this bill would ensure that they are kept employed by participating providers during the pandemic. A recent survey of childcare centers revealed that 40% of respondents said they would close permanently without additional public assistance. This reality alone would have a devastating effect on women’s employment. We need to enable economic stability for women workers in childcare and the women workers who rely on their services. According to research published by the Center for Law and Social Policy and National Women’s Law Center, it would cost $9.6 billion per month to keep the child-care industry going — $50 billion is a necessary first step to make sure this industry survives.

It makes good economic sense to put care at the center of our rebuilding plans. In California, researchers estimated that every dollar spent on the early care and education industry yields two dollars in economic activity through labor force participation, improved long-term economic prospects for participating children and purchases made by childcare centers in local economies.

If we don’t address the child care crisis, we’ll see a mass exodus of women from the workforce and either becoming more economically dependent on their partners or falling into poverty. Despite the disproportionate impact on women, this is not a “women’s issue.” The fallout of this will mean devastating economic losses, negative outcomes for children if family poverty levels increase, and poor outcomes for men as women align towards new primary caregiving expectations and men retreat from childcare despite ample evidence from all over the world that engaged fatherhood has positive impacts on boys, girls and men themselves.

We are at the precipice of going back in time, losing the gains for women in workforce engagement and progress toward equal roles for men in caring for their children and families. Men — and women — must act now to push for changes that are good for America.