One in four parents consider `giving up work´ or reducing hours... 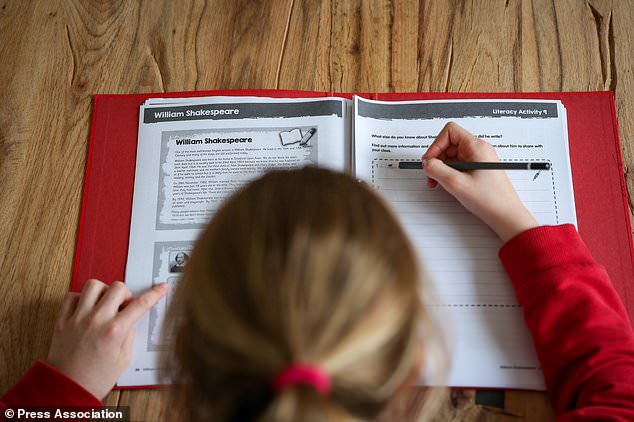 One in four parents have considered giving up work or reducing their hours due to childcare issues during lockdown, a survey suggests. More than two in three (69%) working parents – who have been trying to balance work demands with home schooling – said in June they did not have any alternative childcare options available to them. Education lawyers have warned that a second lockdown would have a “devastating impact” on families who have felt the strain of childcare and home schooling on top of their work commitments. A survey, commissioned by law firm Simpson Millar, suggests nearly a fifth (18%) of parents think secondary schools have not done enough to support their children’s education needs, while 15% of  parents with primary school children said the school could have done more during lockdown. Schools closed their doors to the majority of pupils in March, which will mean some children in England will have been out of the classroom for nearly six months when they return to school full-time in September. Nearly half (45%) of parents said that their mental health had been impacted by being at home with their children during lockdown, according to the poll of 1,001 parents across the UK, shared with the PA news agency. Some children will have gone six months without going to school (Scott Wilson/PA) Of the 871 working parents who were surveyed, 25% said they had considered reducing their working hours or giving up work because of childcare issues. The survey suggests more than a fifth (23%) said their employer could not accommodate flexible working. Imogen Jolley, head of education law at Simpson Millar, said: “Many families have struggled with the challenges presented by the pandemic and the reality of home schooling while trying to work. “A second wave and a further lockdown would clearly have a devastating impact on the mental wellbeing of these families, let alone the educational wellbeing of the children, with many reporting that they have not had enough support from the schools.” The report also found that nearly two in five (38%) parents said their child’s mood had been negatively affected by the Covid-19 lockdown. It warned: “This raises concerns that there will be an increase in behavioural issues as a result of increased anxiety once children do return to school.” Ms Jolley has called on the Government “to publish a Plan B” for what would happen if schools cannot open for all pupils in September that takes into consideration the impact on children’s wellbeing. The report also warns that lockdown may lead to future “obesity issues” as half of parents have noticed a drop in their child’s physical activity levels, whilst 30% said they were worried their children were eating less healthily. The parents surveyed said affordability of fresh fruit and vegetables, a lack of school dinners and issues with getting to the supermarket had contributed. It comes as Boris Johnson has launched a campaign to urge Britons to improve their health. The new obesity strategy will see a ban on adverts for foods high in fat, sugar and salt on TV before 9pm. Ms Jolley said: “Without the chance to participate in many sports during lockdown, children may be dealing with increased levels of anxiety or depression. “In turn, that may cause issues for both the children and the teachers when the schools reopen in September and many return to a more rigid structure and routine.” She added: “As an education law team we often see an increase in behavioural referrals following the six-week holidays and this is an issue that is likely to be exasperated given the extended period that most children will have been off.” Julie McCulloch, director of policy at the Association of School and College Leaders, said schools are aware of the impact of lockdown on the mental health of children and pastoral support will be a priority in the autumn term. She said: “It is important not to catastrophise this situation. It is challenging, but schools and colleges are very good at supporting children. “We agree that the Government should put in place a national Plan B for education in the event of a second wave of coronavirus which makes the full opening of schools impossible.” Justine Roberts, founder and chief executive of Mumsnet, said: “Lockdown was tricky for nearly everyone, but for parents of young children it was nerve-shreddingly difficult. Mothers in particular took on a huge extra burden of home schooling and childcare, often alongside their regular jobs.” She added: “Most parents have been pretty stoic because the circumstances in March and April were so extraordinary and fast-moving. If there is widespread disruption of education and childcare again, parents may not be so forgiving about their lives being thrown into chaos.” – The online survey, carried out by Trinity McQueen on behalf of Simpson Millar, surveyed 1,001 parents across the UK between June 4 and June 19.