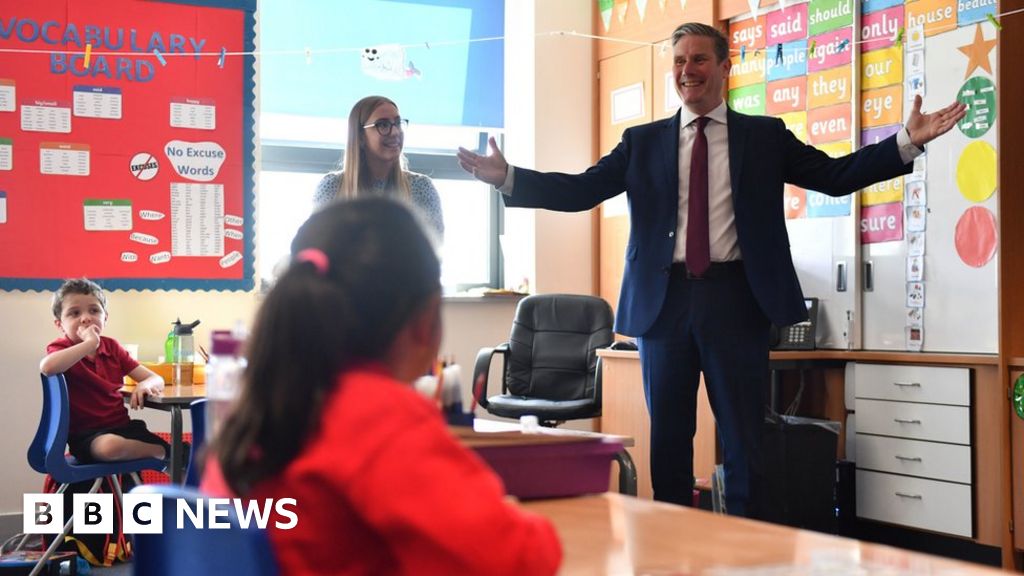 Labour leader Sir Keir Starmer says parents will be in an "impossible position" if they have to stop working from home but do not have access to childcare or children's summer clubs.

At Whitmore Park primary school in Coventry, Sir Keir said there was a lack of a coherent plan for getting parents back into their workplaces, if they also had to balance this with childcare responsibilities.

The Labour leader also warned the catch-up plans for school did not include support for summer clubs or activities that would help working parents.

And he questioned why there was not more financial assistance for nurseries and childcare providers which would be needed by parents who were being encouraged to reduce working from home.

With the school summer holidays about to start, Sir Keir said parents had "no support for structured activities, no summer catch-up schemes, and no support for a childcare sector on its knees".

The Early Years Alliance, representing nurseries and childcare providers, said thousands of childcare businesses would "go out of business" because of the pandemic.

At the Discovery primary school in West Malling, Kent, the prime minister congratulated the school "from the bottom of my heart" for having "kept going through the pandemic".

Mr Johnson said pupils across England would benefit from increases in school budgets - "with those historically underfunded receiving the greatest increase".

The biggest increases for September 2021 will be for schools in south west England, with an annual 3.6% increase, to £5,002 per pupil.

The smallest increase, 2.3% will be for schools in inner London, although they will still have the biggest income of £6,697 per pupil.

Geoff Barton, leader of the ASCL head teachers' union, welcomed that the government was "delivering on its promise to improve school funding".

But he warned that schools faced many extra costs from the pandemic and "finances continue to be stretched to breaking point".

The Department for Education also confirmed that £650m catch-up funding, which could pay for subsidised personal tutoring, would be shared according to the numbers in each school.

Nick Brook of the National Association of Head Teachers said that allocating funding on the size of schools was unlikely to provide enough targeted support for those in the most deprived areas.

Education Secretary Gavin Williamson said "this government is leaving no stone unturned in levelling up opportunities for every young person up and down the country".