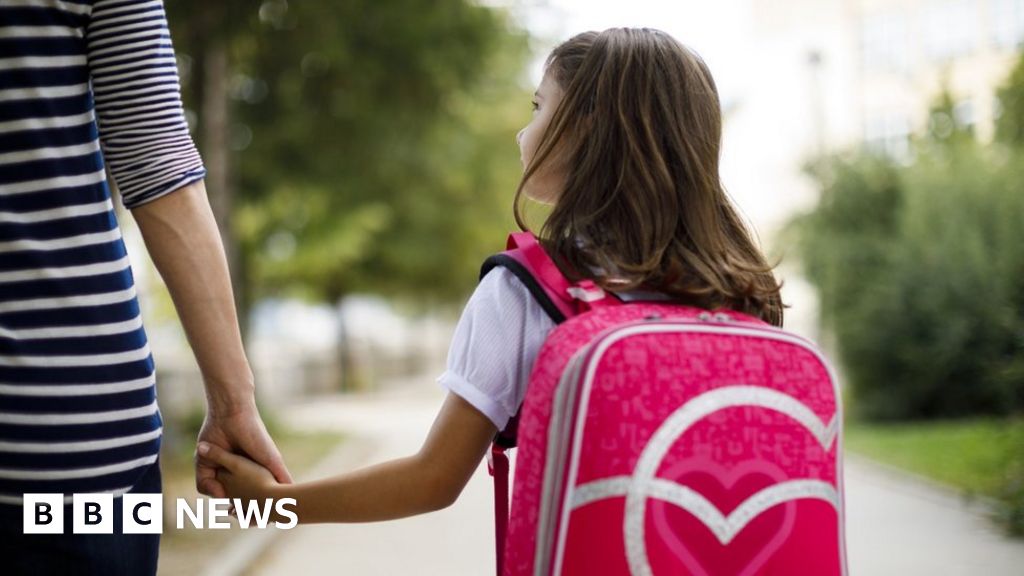 Key workers say they are struggling to find childcare for their children as school hubs shut for the summer holidays.

Only four councils have said they will continue to offer care for school-aged children in hubs.

And with many holiday clubs cancelled and grandparents often out of the picture due to lockdown restrictions, parents say it is a "scramble".

The Welsh Government said £2.6m had been made available.

The money is intended to fund places for vulnerable children, but the government said councils could also use it to provide places for critical workers' children if they wished.

But the only local authorities who confirmed they would offer some provision during the summer holidays for key workers' children aged older than five were Caerphilly, Newport, Rhondda Cynon Taff and Torfaen.

The Royal College of Nursing in Wales (RCN) urged other authorities to reopen childcare for critical workers.

Some key-worker parents only found out two weeks before the end of term that school hubs would close.

Diane Powles, the associate director for nursing policy professional practice at the RCN, said the change had been a "real challenge" for nurses and other key workers.

She said: "We have had members' feedback that they have struggled.

"They want to be there and provide that patient service.

"But equally, they have an obligation to make sure they look after their children as well."

"We would really like to encourage that there is that equitable provision across Wales, so key workers have the same opportunities to have childcare," Ms Powles added.

"Nurses need to feel valued, not just in their salary, but in the way they are treated."

The Welsh Government is funding places for children under five through the Coronavirus Childcare Assistance Scheme (CCAS) until 31 August.

Mother-of-two Natasha Albinus, 29, from Haverfordwest, is a support worker for adults with learning disabilities.

"Without childcare I would have not been able to work which would have made a huge impact on our family life and our finances, our mortgage, everything.

"I found a place for Ruby somewhere at the last minute, but I was lucky."

A nurse and mother-of-two from Bridgend, who did not want to be named, said she and her husband, who also works for the NHS, had been left with no childcare for their eldest child, aged five, during the summer.

She said: "I can't get all the days we need covered. I have limited family support and friends are unable to look after her as we are not in their social bubble.

"We have used a huge amount of annual leave already this year to cover childcare and done the right thing by keeping children at home as much as possible, however now it has approached the school holidays the support has gone."

Gemma Stubbs, a single mother from Cardiff, works in a hub for preschool children. The 34-year-old said she had been forced to turn to her parents, who are shielding, for childcare.

"I look after other key workers' children, but no-one was going to look after my own," she said.

"My daughter would normally go to holiday club but that isn't opening this time.

"I'm really lucky that my mum is going to help me out, but I feel really frustrated and angry. I didn't expect to have childcare for free, but to have nowhere to send her and having to rely on my mum is not right."

Mother-of-three Nia Patten, 40, from Cardiff, has struggled to find somewhere for her eight-year-old.

"I had been told the hub would be running over the summer," said Mrs Patten, who works as a dentist.

"The first thing I heard that wasn't the case was in a school newsletter.

"It meant I had two weeks to find somewhere for my daughter to go.

"I only needed childcare for two days a week but most private settings were only taking children full-time on the current guidelines.

"I managed to sort something out in the end, but it was very stressful."

The leader of Newport council, Jane Mudd, said the local authority had decided to provide critical care workers with four weeks' childcare during the summer.

She said: "We felt it was really important to do whatever we could to support families and support key workers during this period."

The Welsh Government said: "Childcare and play settings across Wales have been increasing their operations since 22 June.

"We are working with local authorities and the childcare sector to ensure all can open as soon as possible and have also published guidance to support childcare settings in reopening."