Report: Many Child Care Providers Closed Due To COVID-19, Unclear How Many Can Reopen 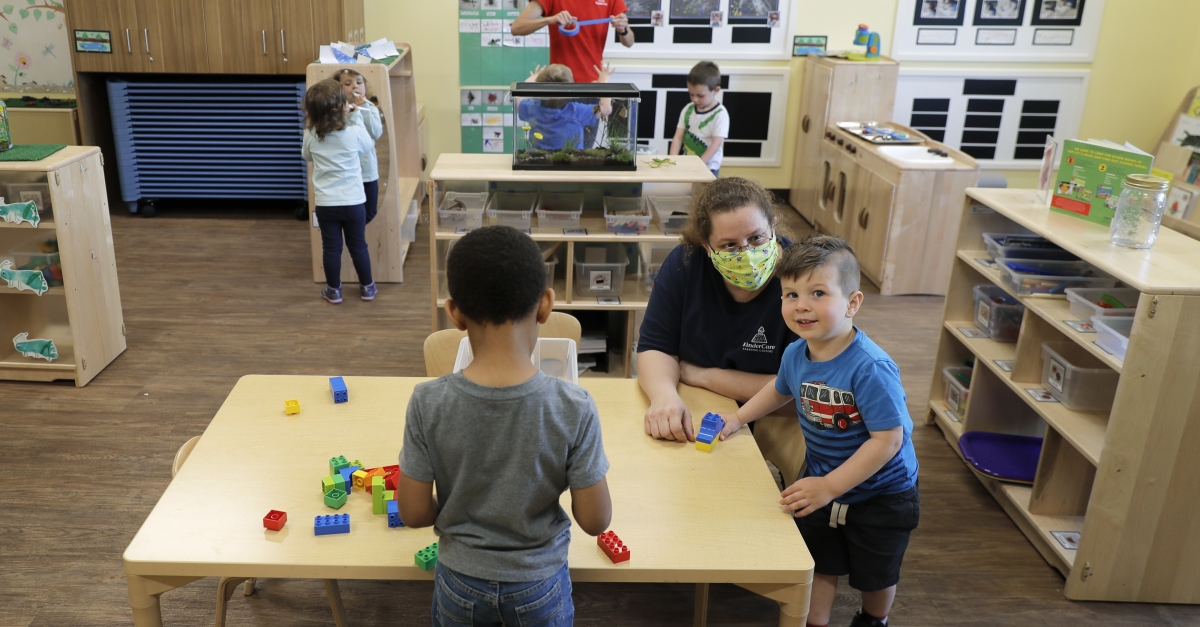 The COVID-19 pandemic has hit child care providers hard – many have had to close down, or lost business; while for some families, out-of-home child care became even more necessary and harder to find.

A report from the Wisconsin Policy Forum shows 39 percent of Wisconsin’s 4,500 child care providers reported to the Department of Children and Families that they had closed down as of May 19. The agency estimated that closures had affected at least 57,000 children and 12,000 child care employees.

"There already was a problem with access before the pandemic, and if more providers are closing now, it’s only going to amplify that issue," said Betsy Mueller, the report’s author. "It’s difficult to get a spot – you might be on a waiting list, and then there’s the affordability piece, as well."

Mueller pointed to past research, which shows that as daycare has become more expensive, the Wisconsin Shares program that helps subsidize child care hasn’t kept up.

Some providers have reopened since May 19, like CP Early Education and Care in Green Bay. The organization provides therapy, day services and education for children and adults with an emphasis on people with different abilities, and particularly on cerebral palsy. The whole organization shut its doors from mid-March to May 26, including its 114-slot child care center.

The week before their doors closed, Assistant Director Angela Konrad said, they’d been starting to see enrollment drop – parents were working from home and could watch their kids, and many felt safer not having their children come into contact with anyone outside their immediate families.

According to the Wisconsin Policy Forum report, larger group child care providers were more likely to close than smaller licensed family providers, which are capped at eight kids. Statewide, 54 percent of larger facilities, like CP, closed, while only 16 percent of smaller providers told DCF they’d shut their doors.

Lisa Yaeger runs an eight-person family day care called The Peanut Gallery out of her Fitchburg home. She talked to parents in March about keeping their kids home for a few days so everyone could monitor themselves for signs of illness, and so she could deep-clean.

She said she had about two weeks when she was technically open and parents were paying for child care services, but no families brought their kids in.

The Peanut Gallery’s finances remained pretty stable since parents paid to hold their spots. During the closure, CP stopped charging families for childcare, and was able to make up the difference with a mix of Paycheck Protection Program and small business loans, donations and grants. Communications Director Kristen Paquet said they’d been especially lucky to wrap up their annual telethon fundraiser in early March, before the governor’s stay-at-home order.

Wisconsin is getting $51 million in federal block grant funding from the Coronavirus Aid, Relief and Economic Security Act that’s set aside for child care. As of June 29, DCF had allocated $46.9 million of that funding to 2,635 providers.

A March survey by the National Association for the Education of Young Children revealed 38 percent of respondents said they did not know how long they would be able to survive a closure without financial assistance, while 20 percent said they could not survive two weeks and 10 percent said they could not survive any closure without support. Nearly half said they'd lost income because families couldn't pay.

Konrad, the assistant director of early education and childcare at CP, said the majority of their clients have returned, though some families have opted to keep kids home while still paying to hold their spot. A few others aren’t planning to come back, but she said they’ve been able to fill those spots with more families off their waiting list, and are currently considered full.

They’ve managed to retain their staff, as well.

The pandemic did pump the breaks on the organization’s plan to open a second childcare location in Suamico this month. Paquet said that’s on hold until the organization has a better idea of where it stands financially, though she said their waitlist for that planned site is continuing to grow.

But even child care providers whose finances remained relatively consistent have concerns from the COVID-19 pandemic. Willie Mae Brown, who operates a family day care in Madison, said she’s had trouble convincing some of her client families to take proper precautions outside the day care.

"They still want to travel and go places, and then come back to daycare, and that’s very frustrating," she said. "People really need to consider their children -- all this traveling, this wanting to go places – they need to wait."

She said she’s been telling families who travel anyway to keep their kids at home, so other children won’t get exposed. She said she’s also been working on a new sick policy to lay out when and how long children should be kept home from daycare if they come down with something.

CP has a strategy in place for how they’d manage a COVID-19 infection among their staff or clients, but, said Paquet, "We really hope we don’t have to use it."

The Wisconsin Policy Forum’s report was a point-in-time estimate, meaning that it doesn’t necessarily reflect where providers are now. Many, like CP, may have reopened since the May 19 estimate, while others may have closed permanently because of disease concerns, financial strain or lagging enrollment as some families continue to keep their kids at home.

Mueller mentioned that it’s also hard to know how many families are still looking for child care. As of May 19, 2,728 families had reached out to DCF for help with finding an open child care provider. DCF helped 159 of them, or 6 percent, find one. Nearly 70 percent reported that they didn’t need any more help from DCF.

"Based on the data that we have, there are a lot of closures, and it’s definitely a question and a concern about what this is going to look like going forward – especially given how it looked before the pandemic," said Mueller.