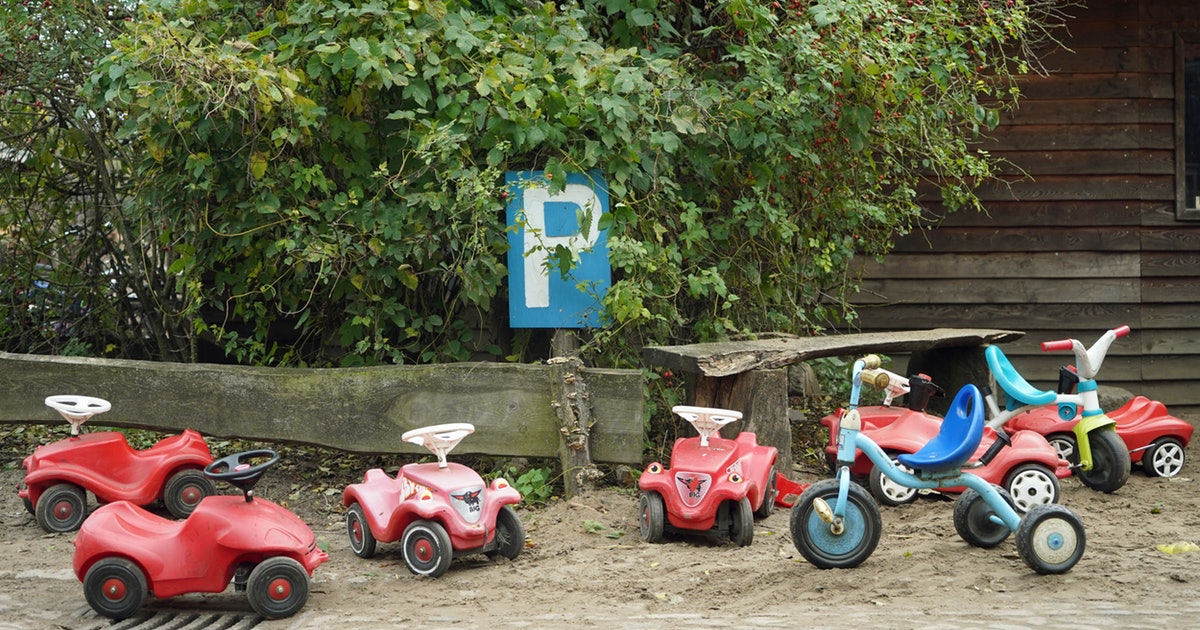 In 1940, as the United States prepared to face a different global threat, a problem arose: What to do about the young children? As the “great arsenal of democracy” began to churn out the machinery of war and men left the factories for the front lines, huge numbers of women were needed in the workforce. Responding to this unprecedented situation, Congress passedthe Lanham Act, which, among other things, provided for a system of government-funded child care centers. Such bold action was crucial for America’s success in World War II, and similar imagination is needed to respond to the COVID-19 pandemic. The federal government must assume temporary funding responsibility for the child care industry; if it doesn't, we’re not going to be able to fight this disease or have child-care programs to come back to.

Those clutching the pink pages of the Financial Times are worried: stock markets have tumbled, economists warn that a recession is ahead, layoffs are occuring en masse, airlines are grounding their fleets. There is no economic recovery without adequate child care, but that fact doesn’t seem to have dawned on investors or policymakers: The federal government’s proposed $1 trillion economic stimulus offers corporate tax cuts and business loans, but simply does not have the focus or longevity needed to save child care. Under normal circumstances, two-thirds of parents of the nation’s 20 million young children require child care services to be able to work. The wasteland of child care that will result from inaction is a massive problem.

As the National Association for the Education of Young Childrenrecently stated, data from theirsurvey of providers “indicates that many child care centers and homes are not going to be able to survive a closure; up to a third in some states indicate they won't survive a closure of any period — another third won't survive a closure of more than two weeks. In other words, a temporary closure is, for many, a permanent one.” Take a moment to consider how America gets back to work this summer if two out of three child care providers have closed.

The reason behind this dire outlook is the general financial insecurity of child cares; the system wasalready strained before COVID-19 ever appeared. Because child care is such an expensive proposition — unlike in an elementary school classroom where a fifth grade teacher can oversee 25 or more children, an infant or toddler educator can only care for four or five — providers charge parents less than the true cost of care. With very little public money dedicated for early childhood, most child care providershave profit margins of less than 1% despite paying their staff (or themselves) close to minimum wage.

“It took 10 years to get three payrolls worth of reserves,” says Shaun Rose, president of Rock Spring Children’s Center in southern Maryland, a very high-income area. “Other providers aren’t as well-situated.” Even child cares that stay open face potential ruin if large numbers of parents begin to unenroll their children due to financial need, an increasingly realistic possibility as parents face the choice of giving up their slot or paying thousands of dollars for services they can't, or are being encouraged not to, use. Helen Fagg, who runs a still-open family child care home in rural Tennessee, reports that two of her seven families have already withdrawn.

Federalizing 100% of funding for the child care industry, while extreme, would save the sector. In practice, this action would involve converting all licensed child care centers and licensed family child cares into publicly supported programs (similar models already exist in places like Finland). The government, through states, would essentially purchase the full complement of available child care slots through the end of 2020 (longer if needed). This would allow all providers to remain solvent and continue paying their staff even when closed, as closed public schools are doing. As a significant added benefit, parents who have already-enrolled children would retain their slots but not have to cover thesky-high fees, providing badly needed relief. The price tag isn’t as bad as you might think: one study estimates annual parent fees for child care at $42 billion, a relative drop in the bucket given the size of stimulus packages under consideration.

In turn, much as states and cities are beginning to use a limited number ofpublic schools as emergency care settings for school-aged children of essential workers, a finite number of child cares could be kept open to serve acute needs. While some may question why child care alone should receive such a comprehensive rescue, it's because child care is best thought of in this case not as an industry but as necessary infrastructure. And in fact, that status as one of the “infrastructure projects deemed critical to the war effort”was the logic behind child care’s inclusion in Lanham Act funding (and one reason why many,myself included, think child care should be fully publicly-funded anyway).

To be sure, there are challenges and questions that would need to be worked out, although it's worth noting that this could happen rapidly and we wouldn't be starting from scratch: over 250,000 child care providersalready receive some federal dollars, and states have existing licensing databases. And as Dr. Michael Ryan, Executive Director of the World Health Organization's Health Emergencies Program,recently said, “The problem in society we have at the moment is everyone is afraid of making a mistake, everyone is afraid of the consequence of error, but the greatest error is not to move.”

While we face an aggressive virus instead of the Third Reich, the same question echoes through time: how do we serve our young children while fighting a major threat? The answer today, as it was for the Greatest Generation, lies in a publicly-backed guarantee of child care for all who need it. Parents need to call their elected leaders today and tell them to rescue child care.

Elliot Haspel is the author ofCrawling Behind: America's Childcare Crisis and How to Fix It.

If you think you’re showingsymptoms of coronavirus, which include fever, shortness of breath, and cough, call your doctor before going to get tested. If you’re anxious about the virus’s spread in your community,visit the CDCfor up-to-date information and resources, or seek outmental health support. You can find all of Romper’sparents + coronavirus coveragehere, and Bustle’s constantly updated, general “what to know about coronavirus” here.